Software giant Microsoft has become the latest of the U.S. high-tech multinationals to open up in Vancouver, taking advantage of the city’s diverse talent pool.

Microsoft’s Canadian Software Development Centre, which opened in Richmond this September, will be driving to accommodate a couple of hundred employees, according to Cynthia Keeshan of Microsoft Canada.

Canada is known as an immigrant-friendly country, with considerably less strict immigration policies than those of its neighbour, the United States. 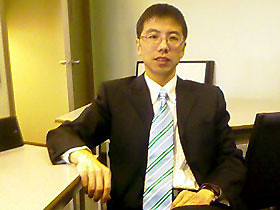 According to Citizenship and Immigration Canada, 113,442 skilled workers moved to Canada in 2004 – some 15 per cent of those to British Columbia.

Vancouver’s location and ranking as the world’s most livable city also helps attract talented immigrants from all over the world.

“The Greater Vancouver Area is a gateway to the world with a diverse population and international reach that aligns perfectly with Microsoft’s commitment to hire the best and brightest people available,” says Keeshan, Microsoft Canada’s corporate PR director.

Zhangbo Liu, a recent computer science graduate from the University of British Columbia, is excited about his prospects.

“I like Vancouver so much that I really want to stay after graduation. Before, EA (Electronic Arts) was my best option but now, I have applied to Microsoft as well,” said Zhang.

And Vancouver’s multicultural society is a factor in attracting people from abroad.

Pei Yin, a Chinese student who completed internships with three out of the five Microsoft Research Labs—Seattle, Cambridge and Beijing, is considering moving to Vancouver upon getting his doctoral degree next year.

“The proximity of a huge Chinese community is one of the bonuses of working on the West Coast, especially in Vancouver. A sense of community is as important as work itself,” said Yin.

EA, Nokia, ATI, Business Objects and IBM are some of the earlier movers that established technology development centres in Vancouver.

In 1991, EA established its two development centres in Vancouver—one in downtown Vancouver, one in Burnaby. Today, EA Vancouver has become the biggest EA studio, with 2000 plus employees.

Despite these continuous efforts, there is still a gap between talents of the city’s available workforce and the employment demand.

Michael Yu, who worked with IBM in Shanghai for twelve years, landed in Vancouver as a permanent resident 10 months ago. As a project manager, Yu used to host one of the biggest IBM projects in China—Pudong Airport Construction. But now he finds himself selling electronics in a local shop. 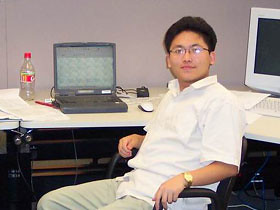 “Today, the employment rate in Vancouver is still quite low,” said John Ries, a UBC business and economics professor. This means there are still people who are unable to find jobs that match their expectations.

In this sense, it should not be hard for Microsoft to find qualified people who are willing to work for the company, according to Ries.

But not everyone is so excited about the type of job Microsoft will provide in Vancouver.

Shelby Xu, a doctoral student with computer science at UBC, said he would prefer a research lab before considering product development. “The development centre is for coding, not the best place for research,” said Xu.

For decades, the Princeton was the lone pub in the shadow of East Vancouver’s towering port warehouses. But a spontaneous…

Currently 2.8 per cent of AME licence holders are women, according to Transport Canada

Fast Track Asia is a Chinese-language newspaper’s answer to fast cash.  Sing Tao Daily is targeting a specific clientele with…