Recent changes to Status of Women Canada’s funding guidelines may force many women’s rights advocacy groups to close up shop. 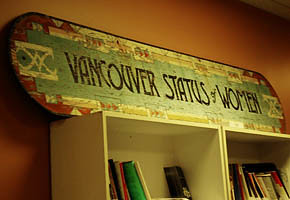 “It’s a very crucial and difficult time because women’s voices are being silenced,” said Shelagh Day of the Feminist Alliance for International Action.

Women’s organizations are scrambling to meet the December 21st deadline for funding grant proposals to Status of Women Canada. Under the new guidelines issued in October 2006, women’s groups cannot receive federal funding for projects involving research, advocacy or lobbying. Instead, the government now provides funding for groups or businesses that deliver services directly to women.

The goal is to fund projects that have a “direct and real impact on women,” said Claire Rochon, chief of strategic communications at Status of Women Canada.

This change has left many advocacy and research groups without access to their major source of funding. The Feminist Alliance for International Action is an example of a group that falls into this category. It might have to close its doors if its funding application proves unsuccessful, according to representative Shelagh Day.

Day believes that this policy change is a reflection of a larger shift in federal policy. “Anyone who’s working for women’s rights is now in a political climate where essentially the government is saying to us, ‘We don’t want advocacy. We don’t want human rights advocacy. This is not something we see as being in the public interest,’” she said.

Benita Bunjun of Vancouver Status of Women agreed. “Anything around institutional or systemic change is being taken away from us.” For example, funding for lobbying for “pay equity” or a national childcare program will no longer be available.

Advocacy organizations believe that the new federal approach will not help solve women’s inequality. “It’s a disingenuous way of going about the problems of inequality,” said Day. “They (the federal government) don’t want to see that there are big patterns of women’s inequality in the society, they would prefer to see it as individual women who are in need of particular forms of help.”

Bunjun characterizes the federal approach as a “Band-Aid solution.” She and Day both believe that it is extremely difficult to create equality on a one-to-one basis, and that systemic change is needed for women to be equal. They see women’s advocacy as the way to accomplish this systemic change.

Not all bad news 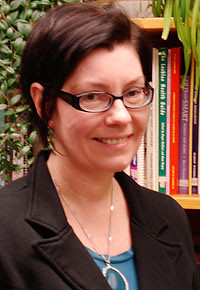 call for funding proposals issued by Status of Women Canada states that the department funds projects “that encourage action to bring about the advancement of all women in Canada.” Claire Rochon said that the government has set priorities for its funding, which include larger issues such as women’s health, women’s safety, and the economic advancement of women.

Rochon also pointed out that Status of Women Canada’s program financing budget is the largest ever, at $15.3 million, where in 2006 it was only $10.8 million. She declined to comment on why the government no longer funds advocacy projects, saying only that the change was made following a regular program review and evaluation.

In contrast to advocacy groups, some service-oriented organizations are benefiting from the changes to funding. According to Caryn Duncan, Executive Director of the Vancouver Women’s Health Collective, her organization was never able to secure federal funding for the services it provided to women, such as health counseling and body image workshops. She is optimistic that this year under the new rules, she might be able to secure funding.

“The irony is that it might work to our advantage, but to so many others’ disadvantage,” she said. While the funding switch from advocacy to service delivery benefits her organization, Duncan called it “a travesty” that advocacy is no longer funded, and said that there will be detrimental effects on women’s rights in the end.

Advocacy groups believe that their work remains relevant and necessary, and that it should continue to be funded. Benita Bunjun explained, “A woman who works full time compared to a man who works full time is making about 76 cents to the dollar. That’s why we need women’s advocacy. We’re still so far from that level of equality.”

The high winds of the Easter weekend brought trees crashing down in Vancouver’s parks and across roadways. In addition to…

Gwen Stefani’s cooptation of the Harajuku subculture is old news, but I find myself still pondering it. Stefani first introduced…

View Larger Map This is a map showing the location of Metro Vancouver’s sewage treatment plants. The green icons are…