I thought I’d kick-start these series of J-skool blogposts with a surprising message I received today.

Facebook alerted me that I’ve finally become facebook buddies with a certain Mr. Hwang who is the head of the online division at the Chosun (the most-read Korean daily, and apparently the only one in the black). We lunched many, many months ago when I was working for OhmyNews in Korea last year.

I followed up our off-line introduction with an online network invite: a friendly facebook poke or two or three, followed by a stronger friend-request.

Months of virtual silence were the response. Until today, that is.

The whole drawn-out episode made me ponder on the difficulties of cross-cultural networking in the virtual world. 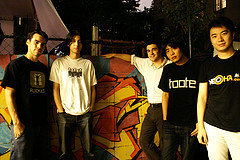 Next post will look at how Secondlife and other global networks are taking these and other issues head-on as they move into Asian markets.

Yesterday, the world tour Beijing Olympics photo display was held at Sinclair Center in downtown Vancouver.  The exhibit, consisting of…

Condo vs. office conflict sparks debate about what city did wrong

News that makes you think

When a news story related to the Downtown Eastside catches my gaze it usually falls into one of three categories….

The Taliban Come To Town

By Fram Dinshaw Right now I’m listening to some pretty tasteless pop music, a love song just in time for…

Carrie Fisher: As sick as your secrets