Last year, Jeanette Piry lost the love of her life.

She met Grace in 1956 in Hong Kong, when it was still a British colony. In the early 1970’s, the couple moved to Canada, fearing that the eventual return of Chinese rule would result in riots.

After 50 happy years together, Grace became so ill that the only option was to sell her house and move into residential care.

Grace was given a bed at Arbutus Care Centre in Vancouver. Although she received proper medical attention, the couple often felt that staff and residents were uncomfortable dealing with an openly lesbian couple.

“I mean, just to be near her and talk and be close like other couples can…they were not used to [seeing] people of the same sex sitting there. I was there the whole day, sitting and [holding] hands,” says Jeanette.

Although they did not experience any overt discrimination, Jeanette says, the staff at Arbutus had not received any sensitivity training around caring for lesbian, gay, transgendered and bisexual (LGTB) patients.

The fear of having to “come out” all over again when placed in residential care or when receiving in-home care is just one obstacle faced by LGTB elders when relying on a health care system designed for heterosexuals.

Growing needs
According to a study done by McGill University’s School of Social Work in 2006, a lack of funding, policy and training on issues of sexual orientation and identity within the health care system leads to a sense of isolation and invisibility among LGTB seniors. In turn, these seniors may avoid revealing their identities, voicing concerns and using available services in a “system that is unprepared to address their unique needs and realities,” states the report. 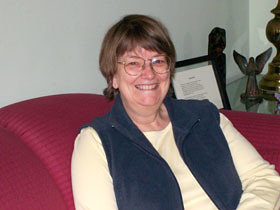 The problem of addressing LGTB seniors’ health care needs will grow in coming years, as the elderly population in general will begin to accelerate in 2011 when the first baby boomers turn 65. This is especially relevant in British Columbia, as it houses the largest homosexual and bisexual population in Western Canada, according to Statistics Canada.

For LGTB seniors, this means finding a “safe” place within residential care might become even more difficult than it already is.

Chris Morrissey works for The Centre, a non-profit organization for Vancouver’s lesbian, gay, trans- and bisexual community. She says care facilities can’t legally turn anyone away based on sexual orientation but that only three of the 28 residential care facilities in Vancouver have a good reputation among the LGTB community.

“Can someone easily go into a residential care facility and feel comfortable…with all of who they are? I’d say no,” Morrissey says.

“ If I have to be in that kind of care and I think of having to, for instance, have access to only heterosexual music, TV, magazines, that kind of stuff, I’d go crazy!,” says Christine Waymark, a lesbian senior living with her spouse in Vancouver. “I mean, I might like something like – I’m old – Nat King Cole singing a love song, but I much prefer Cris Williamson. That’s what feeds me, is to hear Cris singing about what goes on with her and her lover.”

Health care training
The 67 year old and her partner, Robin, receive in-home care at their home in Kitsilano. When Waymark decided years ago to be open about her sexual orientation, the reaction she received wasn’t overly positive.

“At one point I insisted that they put on my file that I was lesbian, and at one point I had a health care worker come and say, ‘well you don’t want that on your file.’ and I said, ‘why not?’ [She said], ‘well, you don’t want people to know you are lesbian.’

Waymark says although she feels sensitivity training is one step towards making the system more open to LGTB seniors, there is much more that needs to be done.

While Morrissey provides training to a select number of health care facilities in Vancouver, she says the system at large needs to recognize issues of sexual orientation as something that diversifies health care needs. LGTB issues, she says, should be integrated into the training of health care staff and should receive the same attention given to First Nations people or immigrants in terms of health.

“How do you get it institutionalized so that it is an automatic part of the process?” Morrissey says. “We’re still knocking on doors for that, I think, unfortunately.”

As of now, Vancouver Coastal Health (VCH) has not made LGTB training a requirement, says Linda Rose, director of residential housing for VCH. The initiative is left up to individual facilities. 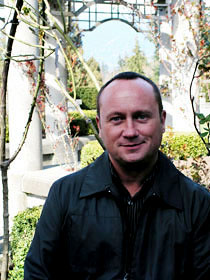 VCH also does not offer any programs or facilities aimed at the elderly LGTB community, although they do provide funding for community-based facilities like The Centre.

Elizabeth Stanger is the regional coordinator for diversity issues at VCH. She has been working with Morrissey in developing what she calls “LGTB 101,” an introductory course on LGTB health care issues. She hopes that, in time, this will be offered regularly through “staff education opportunities.”

Stanger says she was also involved in a series of focus groups two years ago funded by the Rainbow Health Coalition, a national organization dedicated to LGTB health and wellness issues. The focus groups involved healthcare employees who identified as LGTB and resulted in a curriculum for LGTB health care. However, the curriculum was never put into action, as the health authorities did not have the necessary funding.

“When cuts happen those are the kind of things that tend to always fall of the table,” Stanger says.

Because of the need for LGTB-friendly health care, some private business owners are trying to fill the gap by creating facilities where diversity is celebrated.

Dean Malone and his partner Darren Stoltz are the founders of Plum Living, a LGTB-focused in-home health care service in Vancouver. They plan to partner with Rainbow Vision, a company out of Santa Fe, NM, to open a retirement home marketed towards the aging LGTB community.

They’ve had over 17,000 inquiries from people all over North America who are interested in buying one of the condos since they launched their plans in February.

“There has not been anything in Canada specifically for our community,” Malone says. “The baby boomer population specifically is growing in numbers in the mainstream and so, of course, in the gay and lesbian community they’re growing as well. And so people are looking for options.”

The facility will offer its residents five-star dining, a spa and fitness centre, and home health care services. 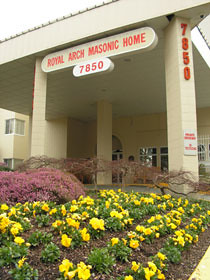 While this might be an option for LGTB people who can afford to buy a condo in downtown Vancouver, most still rely on public health care. This is especially true for those who are unable to care for themselves, like Jeanette’s partner, Grace.

During their last few months together, Jeanette managed to have Grace transferred to Royal Arch, one of the few facilities that have made a conscious effort to educate staff and residents about LGTB issues.

Mary Yates, the director of social services at Royal Arch, took it upon herself to update the facility’s mission statement when she began working there in 2000. The new statement explicitly addresses the issue of discrimination based on sexual orientation and gender identity. It also states that each patient has the right to define who their family is.

“It’s not for us to define who the resident’s…partner or family is. That’s up to them and I think we were trying to move away from the biased expectation that every family is a nuclear family,” says Yates.

She believes that other residential care facilities should have sensitivity training similar to what was implemented at Royal Arch.

For Jeanette and Grace, Royal Arch gave them the freedom to spend their last few months together focusing on what really matters: the life they’d spent together. Because, from Jeanette’s perspective, when it comes down to it “It’s just a question of who you love, right?”

Chris Thoreau owns a small agricultural business called My Urban Farm from his home in East Vancouver, where he grows…

Film and television have a long history of ignoring women’s contributions to horror, science fiction, fantasy, and thriller canons