This Labour Day weekend, Stefan Navarrete packed his black 2003 Jetta wagon, hit the road and drove west. Though it’s only an eight-hour drive from Nelson to Squamish, he was already feeling the impending change of pace.

In just over two days, the university student would be thrust back into the classroom and away from the long summer days spent outdoors with friends, often near a fire, and sometimes in a tent.

Although it sounds like a scene right out of an outdoor gear commercial, it wasn’t — it was hard work and the transition back to school was challenging.

“It’s one of the most stressful times of the year,” said Navarrete.

He, like many other students across the province, spends his summers as a wildfire firefighter.

This season, those students accounted for up to an estimated 40 per cent of the 1,000 or so seasonal personnel hired the B.C. Wildfire Service.

Money, training, outdoors attract many students to a tough job

“It’s my way to pay (sic) through school” said Elise Dube, who has worked the last three seasons as an initial attack crew member when she’s not studying history at Quest University in Squamish.

Navarrete, who attends the same school, agrees but added that he sees his summers as training for a good career if nothing pans out after completing his program.

There’s also another major perk of spending summers with the wildfire service: time outdoors. For many students, this aspect of the job is a huge selling point.

In fact, in the first few weeks of school, some students make a point of getting outdoors — hiking, climbing and running — to help transition away from their physical summer job and into the mentally demanding academic environment.

The end of a season

Students say the benefits of wildfire firefighting don’t stop with good pay or time outdoors. It’s also an opportunity to make friends and gain a deeper sense of purpose.

This means that the end of a contract can be bittersweet.

Not only are they leaving their firefighting friends, there’s also the sentiment, especially after a season like the past one that saw more than 1.2 million hectares burn, that they’re leaving too soon.

“You’re watching fire burn as you drive away and it feels a little bit funny to be going back to school when there’s still so much work to be done” said Keenan Nowak, whose end-of-season drive back to school took him through the heavily burnt Cariboo region.

Despite those feelings, the need to return to school still prevails.

In the field, students are equals

Although school dictates their lives most of the year, as soon as they don the orange hard hat, red work shirt and dark blue pants, they shed their student identity. Now in uniform, they’re firefighters, key components of the wildfire service.

This is perhaps most evident at the unit or crew level each spring, when non-student crew members who typically begin in March greet the incoming students at the end of April or start of May.

“There’s just a feeling of having those 20 people back together again, it’s like your whole team is there and you’re ready to go” said Ellie Bay, a member of the Telkwa Rangers, of which over a quarter were students this past, record-setting season.

Returning the following season is never a guarantee

For most seasonal wildfire firefighters, the spring transition back to physical work is a challenge.

“If you want to get your job back, you have to pass a fitness test,” says Navarrete.

But for students, trapped at desks for two-thirds of a year, it’s even worse.

Not only must they be writing their end of term papers and exams, they also need to be preparing themselves physically.

For students going into their first season, the task of physical preparation is made slightly easier. It’s starts with a mandatory boot camp that teaches recruits the ins and outs of wildfire firefighting.

Veteran student firefighters train on their own time in a gym or, much like the fall transition, through outdoor activities like running, hiking and climbing. 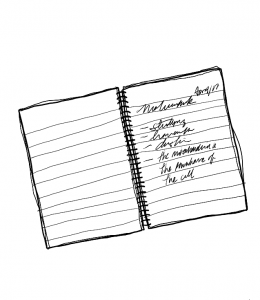 Once the training hurdle is cleared, there’s one last obstacle the students must face, the stresses of making the quick, often single-weekend transition away from the classroom and into the field.

Just like the fall transition, the spring transition brings excitement.

“It’s a nice change from the school year,” said Nowak. “I’m stoked to go back, to get out there again, to be spending all my time outdoors and seeing my co-workers that’re good friends.”

So while the province and the federal government figure out how to pay the $750-million bill from last season, Stefan Navarrete, Elise Dube and Keenan Nowak already know how they’re going to help pay for next year’s tuition.

“The main challenge they face is housing,” said Ali Haidar, co-founder and director of Ajyal

‘Playful’ police get off lightly

Hurley has called demovictions in Metrotown “nothing short of cruel”

Development pushes out United We Can

Legalisation of edibles set to ensure transparency and safety for consumers

The legalization of edibles with strict regulations has health officials hoping to minimize harm and educate consumers.