The r/UBC subreddit has many posts from students reaching out for social support.

“I don’t know what I want to get out of this post, but I need to tell someone. I’ve been trying so hard, but I feel like I’m failing. I’m so f***ing lonely.”

That post by a Vancouver reddit user in the r/UBC subreddit demonstrates how university students are turning to online platforms for social connection and support as rates of loneliness rise.

But experts say that this may not be enough.

A 2016 study by the National College Health Assessment, the last year this survey was completed in Canada, found that two-thirds of post-secondary students have felt “very lonely” at some point in the previous 12 months.

Hannah Rae Davis, in her second year studying linguistics at the University of British Columbia, is one of those students.

“For me, the first two weeks of university were extraordinarily isolating,” Davis said, who is from San Francisco.

While Davis was meeting people in the halls and in her classes, it was the use of online platforms that helped her find her closest friends.

“I actually made one of my best friends after she posted into my first-year residence WhatsApp group asking if anyone had a ticket for a concert.” The two attended the event together and have been inseparable since.

“If online platforms provide support and a forum for eventual true social connection, then they can be very helpful,” she said.

But it is all about the kind of platform that students use, according to associate professor Amori Mikami. 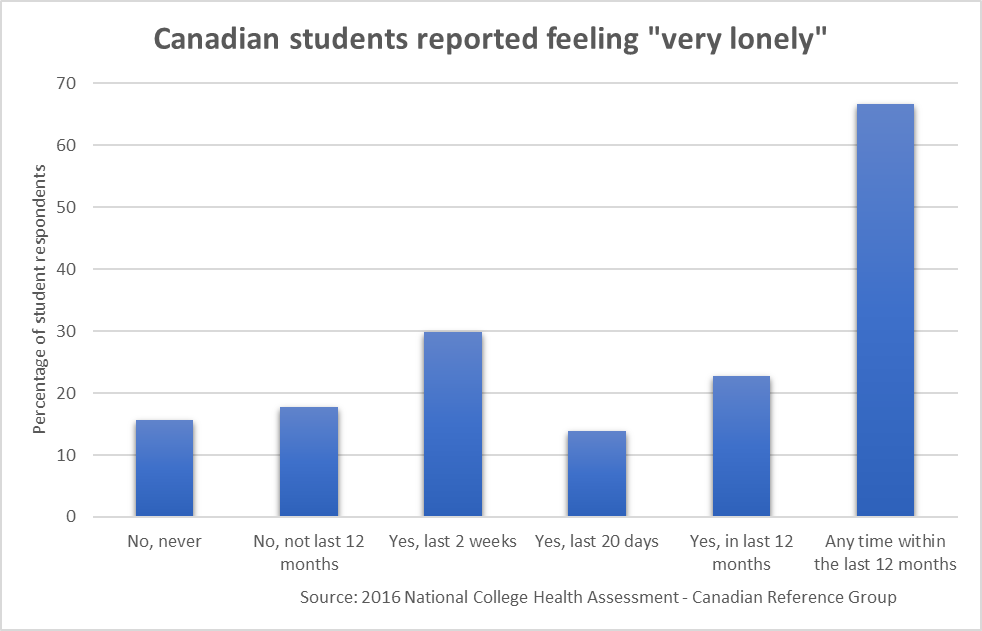 “Anonymous platforms tend to be a different way that people reach out to each other,” Mikami said. “But those platforms aren’t really built to foster connections.”

Various groups at UBC are starting to use online resources to help students transition to their new school.

“Loneliness is something that comes up in our discussions about community-building, because one of the ways to address loneliness is by establishing connections,” associate director of residence life Andrew Quenneville said.

Ultimately, Kang said, it is still important for people to engage with one another in-person.

“Even though we might feel as if we are being social online, it doesn’t translate into the biological reward that our body needs from actually being social,” she said.

No Disneyland: Critically ill kids change their Make-a-Wish lists because of COVID-19

From fire lines to deadlines: Students at the core of British Columbia’s wildfire service

This season students accounted for an estimated 40 per cent of personnel hired by the B.C. Wildfire Service