One key questions for those watching the 2019 federal election is: What will young people do?

In 2015, the participation of voters 18-24 jumped by almost 20 per cent. According to Elections Canada, the increase was the highest since the agency began recording demographic data in 2004.

The turnout for voters between 25 and 34 also increased significantly.

This year, all the major political parties targeted youth voters with campaigns and outreach efforts.

Here, some of them speak for themselves about why they vote and which issue matters most. 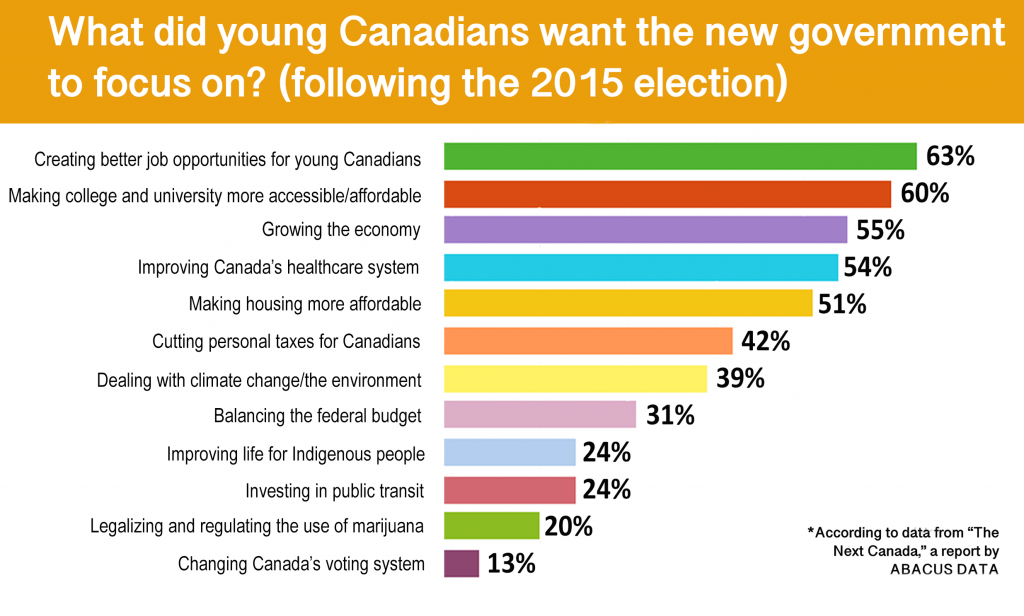 * The statistics are from the Abacus Data “The Next Canada” survey report from April, 2016

Campaigning for the environment just got a lot harder for federal candidates in BC’s greenest riding of Vancouver Centre. The…

In all provinces, a person must be at least 18 years of age and hold Canadian citizenship to vote in…

The Work Less Party of Vancouver want people to drive less too. They are hoping to encourage people out of…