A UBC student holds a Caliburn vape-pen sold by Uwell.

As the health concerns around vaping continue to rise, many levels of governments are working towards curbing its use through various tactics.

B.C. announced extensive new regulations this month that included changes to accessibility of vape flavours, limits on nicotine levels allowed in vaping pods, bans on advertisements, and a tax increase on vaping products.

Now, the city of Vancouver is trying to figure out whether it needs to add more of its own rules.

Vancouver Coun. Lisa Dominato said that the city is “still in the early days” when it comes to figuring out those additions. 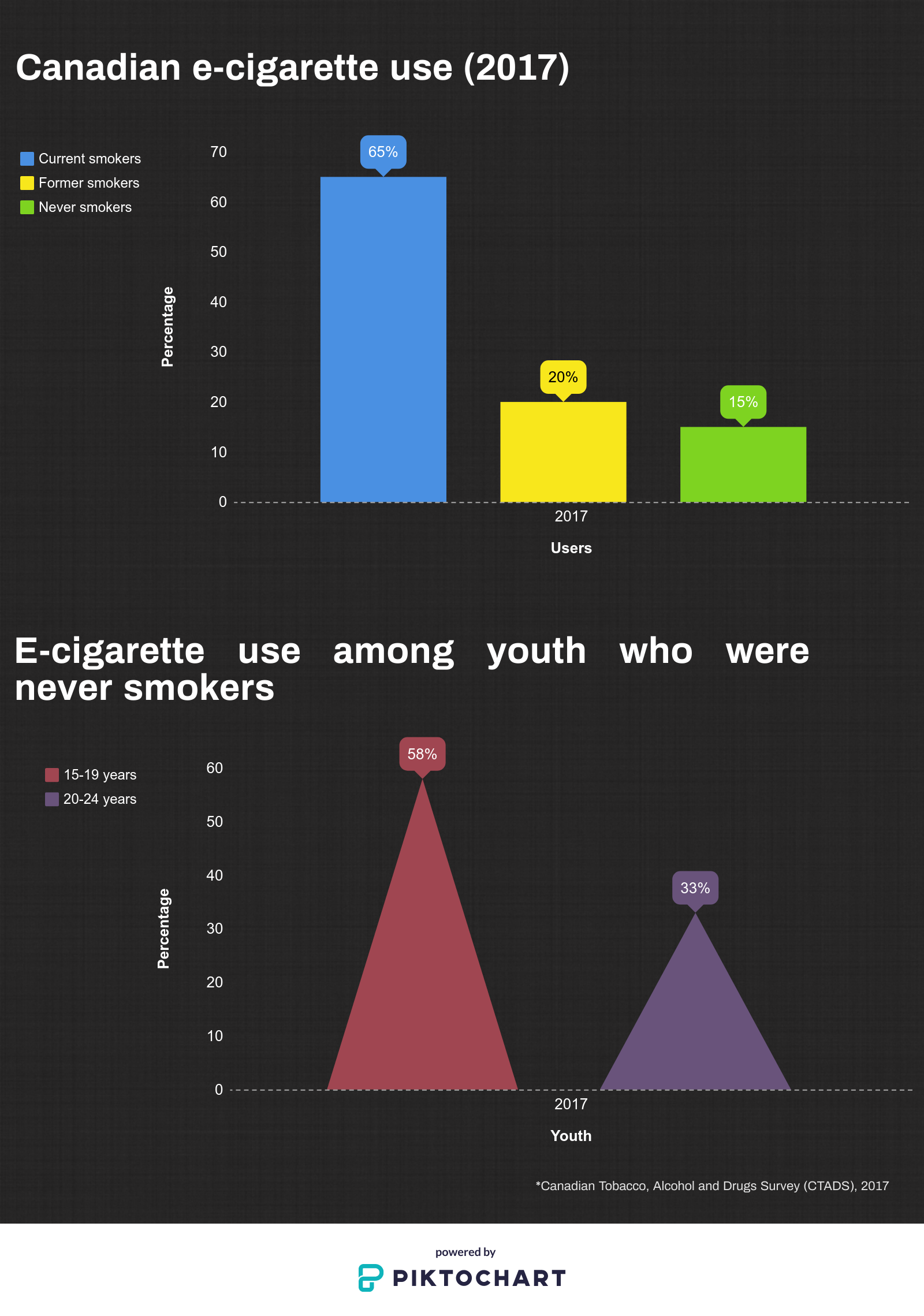 ould and should not be done at civic levels, expectedly around the new year,” said Dominato.

During a recent city council meeting, Dominato and Coun. Rebecca Bligh stressed the need to speed up the city’s response to catch up to other municipalities, such as Richmond, which last month banned advertisements in public spaces.

Dominato said the city, which had started examining the issue before the province announced its regulations, might now look at limits on distances of vendors from schools, on advertising, and on sponsorships allowed for city activities.

The present and future of vape enforcement

As the city awaits new regulations to curb youth vaping habits, there is some enforcement in place in Vancouver.

“We inspect and are able to issue fines to any store that sells tobacco or vaping products whether they have a Tobacco Retailer Authorization license or not,” said Matt Kieltyka, a public-affairs specialist at Vancouver Coastal Health.

The health authority also uses the “minor test shoppers” program, which recruits and trains minors to go into stores and attempt to buy age-restricted products.

“The compliance rate during the test visits is approximately 92 per cent,” said Kieltyka.

But Dr. Elizabeth Saewyc, professor and director at the University of British Columbia’s School of Nursing, doesn’t think any of this is enough.

She listed a number of solutions to the youth vaping crisis, such as changes to bylaws and educating youth and their families.

“What they should do is partner with public health and schools to actually ensure that they are getting the accurate information,” said Saewyc.

She also believes there is a need to tackle the issue of vaping on social media by involving youth in the decision-making process.

Countdown is on for evicted Clifton tenants

When Sam Deeby sold his hotel four years ago, he didn’t expect he would one day look for new homes…