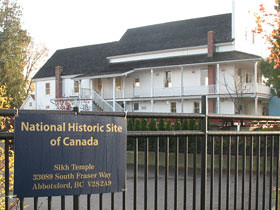 When the pioneers of the Indo-Canadian community decided to make a Sikh place of worship in Abbotsford in 1911, they didn’t realize that they would be creating a piece of national historic importance.

One of North America’s first Sikh temples, the Gur Sikh Temple of Abbotsford has a legacy that is part of present-day Canadian heritage. It was declared a National Historic Site of Canada in 2002.

Now the temple (gurudwara) executive, run by the Khalsa Diwan Society, Abbotsford, is making plans to put the history of the temple and the stories of the pioneers on a website.

For a community that still remembers the infamous Komagata Maru episode as a dark chapter in the Canadian history, the title of National Historic Site was a “proud achievement,” said Baljinder Singh Bains, vice-president of the Society.

Under the “Continuous Journey” regulation of 1908, ships could not enter Canada if they had to stop and refuel from the originating destination.

It wasn’t possible to reach Canada from India without stopping to refuel in those days. In 1914, scores of Indians – British subjects of that time – traveling on board the Japanese ship, Komagata Maru, were denied entry into Canada after a two-month standoff at the Vancouver port.

The gurudwara acted not only as a place of worship but also a place for social interaction. The legacy continues with present generations. 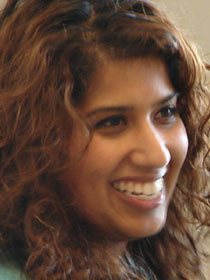 For Sonia Brar, a second-generation Indo-Canadian from Abbotsford, the gurudwara is more than a place of worship.

As kids, Brar and her siblings went for Punjabi language classes in the basement of the temple.

“We used to hang around the place. My grandfather was at one time president of the temple. We have a strong connection with the place,” she recounts with emotion in her voice. “When the place was recognized as a national historic site, I was really happy,” she said.

Guneet Singh visited the gurudwara earlier this month. He came to see the temple when he heard about its historic importance from relatives.

“It fills me with a sense of pride. The community has come a long way and I am proud because I feel I am a part of this legacy,” Singh said.

For youngsters like Brar, the place holds a special meaning.

“My mum and dad got married in this gurudwara,” she said. “We have pictures of them standing on the temple steps.” 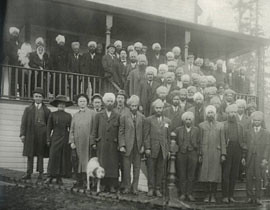 The early settlers from the Indo-Canadian community came from the province of Punjab in India and most were Sikh. Nearly all worked in lumber mills. One of these mills was the Abbotsford Lumber Company owned by the Trethewey family.

Sundar Singh Thandi was one of the Sikh employees. He spearheaded the cause to build a gurudwara in the community. With the assistance of a colleague, Arjan Singh purchased one acre of land for $3,000, the property on which the temple was to be built on South Fraser Way in Abbotsford.

The land was later donated to the Khalsa Diwan Society.

The Abbotsford Lumber Company donated lumber for the construction of the gurudwara. The elders of the community recount how the Sikh employees carried the lumber on their backs from Mill Lake to the site of the temple.

“The design of the gurudwara was done in a western style,” said Bains. “The reason was to reflect the intention to be a part of the larger community, and at the same time, practice one’s own faith within the larger sphere,” said Bains.

The place boasts of the original lumber structure, preserved through time.

The historic temple is not the first gurudwara built in B.C. According to the archives maintained by the MSA Museum Society, it is the oldest standing gurudwara in Canada and perhaps in North America. 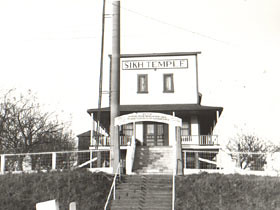 “There was a huge tree here,” said Bains, pointing to a glass enclosure, in front of the building. It is where the original symbol of a gurudwara, a pole with a flag, (nishaan sahib) stood.

Before the immigration laws changed, people were wary of the custom officials.

“It is said that a light on the top of the pole would be lit only when ‘the coast was clear’ particularly for individuals entering from the United States and wishing to avoid times the customs officers were on duty,” said Lynne Wright, Executive Director, MSA Museum Society.

“When it was switched on, the community members would come down to the place for social interaction,” said Bains.

The temple has preserved this legacy. The community built another gurudwara right in front of the historic one to be able to house a larger gathering, but seniors of the community still visit the historic site, get together and share personal stories, “just like in those days”, said Bains.

Meet the Vancouver man throwing sober parties around the world

Faced with a messy legal battle, the Museum of Vancouver and a commercial partner have stopped selling merchandise that featured…

Meet the Vancouver artist revealing the beauty of candid confessions

[fve]http://vimeo.com/86561405[/fve] The Confessions Project, an installation by Vancouver artist Jamie Smith, taps into people’s desire to share their secrets by…