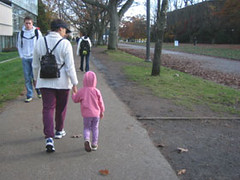 Renovations to a small childcare centre in Vancouver’s Dunbar area are on hold because the planned expansion is going to cost an additional $40,000 just to bring the building up to fire code standards.

Kate McCabe, director of the Creative Minds childcare centre, is required to install an overhead sprinkler system in order to comply with the Vancouver fire prevention codes just to add a small storage space the size of a bedroom.

She is frustrated because she set aside enough money for the construction and planned to have it started in the spring but she cannot afford the renovations now that the total cost has doubled.

“It would be really nice if we just had a little bit more floor space for a storage and play area,” said McCabe.

She is currently trying a number of funding options for the one-story portable building, which include a Capital Project Direct Access Program Grant from the government, but even that is uncertain.

McCabe sent a letter of appeal to the city in April but since civic workers went on strike the processing of her request was placed on hold.

Vancouver civic workers were on strike for over three months because of labour disputes concerning wages and benefits.

She still has not heard from anyone even though the strike was resolved about a week ago. 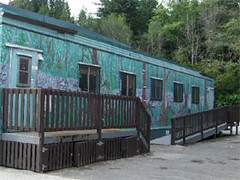 Unfortunately for McCabe there are no plans to give special consideration to people who have been waiting for their appeals to be processed.

Despite these delays McCabe is determined to meet all the requirements and complete the renovations.

Creative Minds is a private business so it does not receive school-related funding even though it operates on school board property, said Ian Cannon, principal of Southlands Elementary School. The centre is located on the elementary school’s property and rents use of the land from the Vancouver School Board so McCabe is required to hire city workers to install the underground pipes for the sprinkler system’s separate water line, which also raises the cost.

Only buildings in the Vancouver area must meet the specific requirements of the bylaw, said Brett Cooke, Vancouver fire prevention inspector, which depends upon the occupancy, use and size of the building.

According to Section Three of the bylaw, commercial buildings require an overhead sprinkler system when the cost of the renovation is more than 50 per cent of the existing building’s value, said Evans. The value is calculated using the Marshall Swift Valuation Index, which is based upon the building type and square footage.

That means if McCabe cancelled her renovation plans, she would not have to install an overhead sprinkler system. She considered this option but chose to proceed because she wants to provide the children and families at her centre with an improved childcare facility.

Related: “What is Creative Minds?”

New neighbours have moved into one of Vancouver’s richest neighbourhoods, stalking dog-walkers, bathing in fountains, and eating pets. They’re…

Alyssa Kohlman has a lot invested in her scrambled egg breakfast. She spent roughly $1,000 to bring two hens from…