Ada Dennis is facing eviction from her home in Vancouver’s Downtown Eastside after the building she lives in was bought by a developer.

Dennis is now at risk of joining Canada’s “new homeless:” fixed income and working people who — unable to afford skyrocketing housing prices — are counting on the government to help them out. 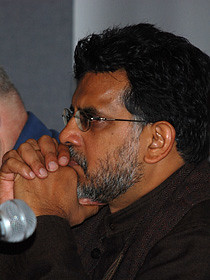 Dennis has never been homeless or stayed in a shelter in her life.

She spoke at a public forum Oct. 16 attended by Miloon Kothari, UN Special Rapporteur on Housing, who visited the Downtown Eastside on a fact finding mission after a 2006 UN study declared homelessness a national emergency in Canada.

“The truth in this country is very disturbing,” Kothari said, at the forum at Simon Fraser University Harbour Centre. “To hear directly from you is perhaps the most important part of my mission.”

Sharp increases in housing costs, women’s homelessness, indigenous issues and the 2010 Winter Olympics in Vancouver have put Canada under the international spotlight. Many hope that Kothari’s visit will draw attention to the increasing number of homeless people on Vancouver’s streets.

The provincial government, the Vancouver Organizing Committee (VANOC) for the Olympics and the City of Vancouver all support the 2005 Homeless Action Plan, which recommends 3,200 units of social housing be created by the 2010 deadline. Residents such as Dennis are counting on those promises. 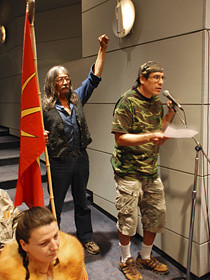 “All levels of government have failed on their promises for 2010,” NDP MLA Jenny Kwan told Kothari.

She highlighted a recent Geneva study that said large-scale events, such as Olympic games, directly cause homelessness and evictions.

“As you walk the streets of the DTES you see people literally littered all over the street,” Kwan said.

Kothari listened to more than 20 speakers over three hours at the forum as the public was invited to share experiences with homelessness. Kothari was noticeably moved as some presenters broke into tears.

“Its not people, it’s the system,” said First Nations speaker Dwayne Koe, as he recounted his family’s experience in the residential school system. He has spent 12 years on and off the streets of the Downtown Eastside.

“Because of the residential school system, I have suffered,” said Koe, who currently lives in a tent in the 900- block of Main Street. “My dad’s been there, my mom’s been there. When I was eight years old I watched my dad kill my mom because he felt powerless. When people talk about shame, I feel it every day.”

A recent study, Homelessness in a Growth Economy, notes that 2.7 million Canadian households face “affordability issues” in Canada, with youth, seniors and aboriginal people being hardest hit. The report also says poverty ranks as the leading factor in homelessness cases, above addiction and mental illness.

‘National problems in the city’ 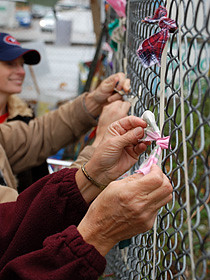 the tent city squat on Main Street, a vacant lot slated for social housing more than five years ago. He spent 45 minutes at the tent city and tied a symbolic ribbon on a chain link fence memorial at the site.

“I have tried on this mission to be out on the street as much as possible,” he said. “I am also a firm believer in street action.”

Councillor Capri welcomed Kothari’s visit, emphasizing “the problems around homelessness that we are seeing in Vancouver are actually national and provincial problems that are manifesting themselves on the streets of Vancouver.”

She also said that only nine per cent of housing in the city could be afforded at the recently increased $375 income assistance allowance for housing.

Kothari commented that there is a lack of communication between provincial and federal governments on taking responsibility for homelessness.

Vancouver was the third major Canadian city Kothari visited on his two-week tour.

His report on Canada will be submitted to the United Nations Human Rights Council.

“WeChat is a great platform for us to build brand awareness and maintain a competitive advantage,” says Michael Mai, chief editor of the local news website Lahoo

In the midst of a pandemic book boom, mobile bookstore owners are popping up in B.C. and increasing diversity

Six years ago Stetson was a very high functioning Vancouver businessman and father with a daily cocaine habit. Today he…

Two meals a day: Disabled live on less as prices rise in Vancouver

Fraser Doke picks at a bowl of tortilla chips in his West End apartment, trying to make the snack last through the afternoon