Michelle Lefebure, 41, suffered for almost a year because she could not afford to fix her damaged teeth even though she had dental insurance.

An abusive relationship left her 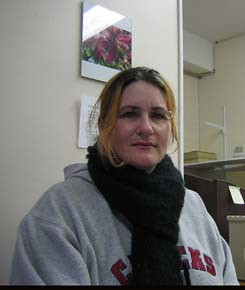 blind in one eye with four missing teeth. Some of her teeth were cracked to their roots, leaving exposed nerve endings making it painful for her to eat or drink.

Lefebure receives welfare and disability insurance that amounts to $1,000 in dental every two years – not enough to cover the thousands of dollars in restorative work she needs.

She eventually found the Vancouver Native Health Society’s (VNHS) dental clinic, which treated her even though she is not a status Indian. The clinic has been running for two years and offers free dental care regardless of a patient’s situation or status.

“If you show up and don’t have any means to pay and have a big enough problem then our folks are going to try to help,” said Lou Demerais, VNHS medical clinic manager.

Most dental insurance plans do not cover the full cost for care. One in four B.C. residents do not receive necessary dental care because they cannot afford it. A dentist may not deny someone treatment so individual practitioners get patients to agree to payment before they begin, said Lynn Yancovitch, acting manager for the VNHS clinic.

If a dentist cannot collect the fee from a patient then the cost must be written off as a loss in profit, said dentist Alex Chawick, who works at an east Vancouver dental clinic.

William Lindsay is a registered status Indian who experienced the limits of his First Nations Non-Insured Health Benefits (NIHB) dental benefits program earlier this year. Two weeks after having his crown replaced, he chipped some front teeth and needed them repaired. 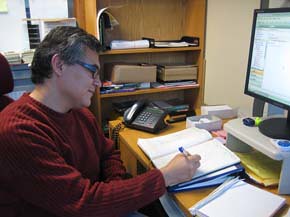 “I looked like a hockey player from the 1970’s, however I was told the Department of Indian Affairs would not pay for [the repair],” said Lindsay, who works as an Aboriginal student services coordinator at the University of British Columbia.

The NIHB dental program permits only one crown to be replaced every three years.

Registered status Indians receive dental coverage under the NIHB but the program only pays for 90 per cent of the cost listed in the 2006 Dental Fee Guide.

Yet every February the British Columbia Dental Association updates the guide.

Since most dentists use the current fee guide there can be a reflected increase in the cost for service between the two versions, said Lillian Della-Savia, certified dental assistant at a low-cost dental clinic in Vancouver.

Lindsay used his work insurance to supplement the $1,500 dental fee but still had to pay for part of the cost since both insurances combined did not cover it fully.

“It’s going to be about $300 that I will have to pay from my own pocket,” said Lindsay.

He was able to pay the remaining balance because of his work insurance but many on welfare cannot afford to pay for all services up front. Some do not seek treatment and later require emergency care. 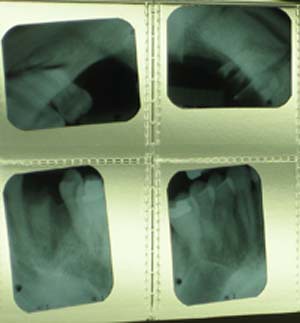 Luckily for Lefebure, staff at the VNHS clinic found a way to stretch every dollar out of her limited insurance.

Her treatments are billed as emergencies and some of the charges can be postponed for the following year.

A regular exam costs around $22 dollars but if it is recognized as an emergency it can cost about $5 less, said Yancovitch.

So Lefebure can still receive treatment even though she has already used up the majority of her dental coverage for this year.

“If I had waited a bit longer my teeth could have gotten
a lot worse,” said Lefebure.

One of Lefebure’s major concerns was her embarrassment about her badly-chipped front teeth.

“Most other dentists just want to pull your teeth out because you’re on welfare insurance but who wants to get their front teeth pulled out?” said Lefebure.

The VNHS dental team saved her two front teeth because her gums were healthy but she still feels self-conscious about the way her teeth look but said she will feel better when most of the work is done.

“If you don’t feel confident enough to look at someone in the face and talk to them it will totally affect your ability to get a job because appearances are important,” said Lefebure.

“All people should be allowed to have nice teeth.”

Back when you’re in dance school your teachers warn you about life in the real world. Meetings are held. The…

Q&A: Making more out of sewage

Sewage treatment is the million-dollar question for Vancouver’s municipal politicians and environmentalists. One approach already in use in the False…

An owner with one of Vancouver’s premier seafood restaurants, Sun Sui Wah, says it is time to stop selling shark…