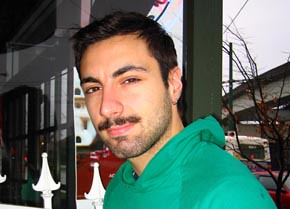 As a gay teenager in Jordan, Ghassan Shanti faced constant intimidation, physical abuse and was held in police custody twice.

The 22-year-old came to Vancouver a year ago on a student visa and is now seeking refugee status on the basis of the homophobic persecution he experienced at home.

“I met someone whom they told that to,” said Shanti.

“Their job is not to be compassionate people and what they told this person was that she was too pretty to be a lesbian. She applied on the basis of her lesbianism and it’s illegality in India, and they said those words to her. I’m not the most effeminate person I know. I’m not very flamboyant and I don’t feel like acting. I don’t want to play it up during the court case.”

There are five grounds for refugee application, and homosexuals are categorized as members of a social group. A person is required to provide proof of their sexuality, usually through letters and witness testimonies. Critics say the way IRB courts determine a homosexual claimant’s credibility is a generally gray area. 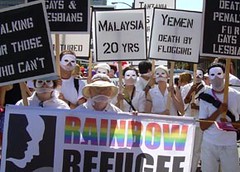 “I actually use the guidelines on gender persecution often with claimants who are lesbian or transgendered, but it would be helpful if there were some similarly specific ones to assist members of the IRB on sexual orientation cases.”

People involved in Vancouver’s Rainbow Refugee Committee, a supportive organization assisting homosexual refugees in the city, have seen this before.

“I remember there was a Mexican woman who they just told, ‘You don’t look lesbian,’” said volunteer Patricia MacDiarmid.

“It was just crazy because she was a friend of mine, we all knew her and her partner, they lived together and she was well known in the community. She had long hair, and she didn’t fit this particular IRB member’s vision of what a lesbian looked like.”

The committee’s immigration consultant, Chris Morrissey, added that problems with lines of questioning arise because of language and cultural barriers that may limit a claimant’s ability to integrate into Canadian LGBT communities. Questions can include subjects such as local gay hotspots or very explicit sexual questions.

Ultimately, an IRB judge decides on the legitimacy and relevancy of evidence.

“The refugee board is a bit of a lottery system, quite frankly, and it depends which judge you get,” said Vancouver-based lawyer Shane Molyneaux. “They’re all individuals who come to hearings with their own different assumptions and baggage.”

The IRB says each judge is fully trained and prepared to deal with the subjective nature of identifying sexuality in court.

“Part of the training decision makers receive regarding sexual orientation is in the assessment of credibility, which is crucial in the absence of documentation,” said IRB spokesperson, Melissa Anderson.

“IRB members do have specific training and seminars, and we have regular professional development days, and we’ve had them regarding how to question claimants whose claims are based on sexual orientation.”

According to Anderson, the vast majority of the work done by the board operates successfully without guidelines because of that ongoing training and the members’ legal training.

The non-profit Canadian Council for Refugees (CCR) is not satisfied by the current approach, and the group is pushing for analysis tools that examine the implementation of IRPA regulations and practice in cases of sexual orientation similar to tools implemented in gender-related cases.

Shahid Mahmood: In his own words

Most Canadians consider this country a welcoming haven for refugees, with good reason. Last year, more than 20,000 refugees became…