The BC Veterinary Medical Association (BCVMA) is in a potential conflict of interest when it comes to dealing with complaints, says an expert in veterinary training. 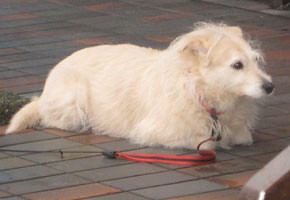 The BCVMA’s role is currently under scrutiny in a case before the provincial human rights tribunal in response to allegations that it discriminated against a group of Indo-Canadian vets by administering an unnecessarily stringent spoken English proficiency test. The test, established in 2004 and administered by the independent educational testing service (ETS), requires a score of 55 out of 60 points for new veterinarians who don’t have English as a first language.

In question is also the decision to launch the test, which the complainants allege originated out of financial self-interest in reaction to lower cost competition provided by the Indo-Canadian vet clinics.

Martin said that conflicts of this nature can be a function of a regulatory body’s governance structure, particularly one that has “a self-interest side and a regulatory side.”

Ontario’s veterinary regulators dealt with this issue in 1989 when they created two separate organizations, an advocacy group and a professional body to represent the veterinarians, unlike most provinces where only one organization oversees veterinary concerns.

Martin said that Ontario’s relatively large population of veterinarians can provide the fees necessary to operate both organizations. Veterinary statistics show that Ontario has far more veterinarians than any other province – 3,616 licensed vets compared to B.C.’s 1,246 in 2007.

The College of Veterinarians of Ontario works for the consumer, handling licensing and consumer complaints. The Ontario Veterinary Medical Association works on behalf of veterinarians, dealing with industry concerns. “In British Columbia those are all rolled into one still,” Martin said, adding this can make it difficult for the association to appear objective when dealing with public concerns. 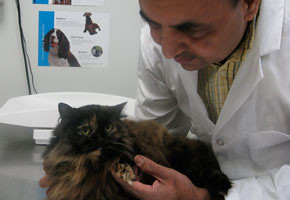 Dr. Hakam Bhullar, a complainant in the human rights case, is owner of Atlas Animal Clinic on 41st and Fraser in Vancouver and spokesperson for the group BC vets for justice. He would like to take licensing control out of the hands of the BCVMA, and set up a system more like Ontario’s.

“The self-regulatory body – they have their self-interest,” Bhullar said. The BCVMA’s “first interest is to protect themselves, their business,” he added.

BCVMA president Dr. David Kerby said that the English test was designed to be arms-length and objective. It’s an improvement, he explained, on the subjective method used before 2004, in which the registrar interviewed applicants and a pass or fail was based on his or her own discretion.

It is a mandate of Martin’s program to help ensure that vets have all the information about provincial requirements before they come to Canada. Ontario does require English language proficiency for licensing. Ontario vets must rack up 50 points on the spoken English test to pass.

By the numbers: Recession's toll on Korean immigrants