Iranian immigrants arriving in Vancouver with professional qualifications are finding it very difficult to find work in their chosen fields due to Canada’s certification laws, an issue that’s increasing in importance as more Iranians choose Canada 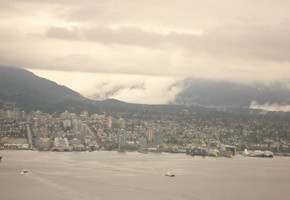 for a better life.

Iranians form the largest number of applicants for landed immigrant status of all Middle Eastern and African countries.

Immigration Canada figures show that 7,073 Iranians became permanent residents in 2006, a steep climb from 5,502 in 2005. Some 30,000 Iranians live the Vancouver area, mostly in North and West Vancouver.

Iranian community leader Behshad Hastibakhsh described how accredited Iranian doctors, lawyers, accountants and engineers arriving in Canada discovered that they had to re-qualify for work in a process that can take over a year.

To support themselves, many immigrants are forced to work as taxi drivers or in shops and restaurants doing 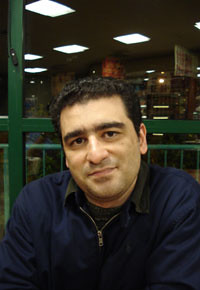 minimum wage jobs. Hastibakhsh said the integration process was “time consuming.” He has been living in Vancouver since 1990, when he arrived aged 20 with his family.

The immigrants hardest hit by the certification regulations are those with families to support, along with students from Iran who, like many others, are mired in debts of up to $30,000 in Canada’s most expensive city.

With newly arrived professionals unable to work in their fields before re-certification, not only are they stuck in low paying jobs, but Hastibakhsh said Vancouver is losing out on skilled workers who could fill BC’s labour shortage.

Ayda is one such migrant. She landed in Vancouver on June 26, 2006, with her husband and their daughter, from Mashhad, in eastern Iran.

She said, “when I was in Iran I had a Bachelor Degree in the field of Mathematics and Accounting, and I have eight years experience.” She had worked in Iran’s Finance Ministry before emigrating.

In Vancouver, Ayda’s lack of Canadian qualifications or experience meant she could only work for minimum wage until she retrained as an accountant, so she worked for a year in an Iranian bakery before being laid off.

“I worked just as a cashier and a dishwasher, it was very hard working,” said Ayda of her job. She did it to support her daughter, she added. “Lots of people like me have the same problem.”

After getting laid off, she enrolled in an accounting course at Vancouver Community College and has not yet finished.

While Ayda was still retraining, her husband Emami met the certification requirements and now works as a computer programmer for the CGTV Games company in downtown Vancouver.

Ayda, like many of the immigrants described by Hastibakhsh, sees the certification progress as pointless. She said that “lots of people, maybe more than 90 per cent, are educated in their country,” before immigrating to Canada.

It’s an experience few Canadians can appreciate. But the task of raising a family as an undocumented, essentially illegal, immigrant…

The federal government offers many services to help immigrants and refugees adapt to life in Canada. But those services are…