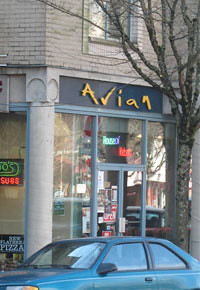 The city of West Vancouver passed a bylaw in 2005 that prohibits businesses from releasing odours that might disturb local residents.

The bylaw stems from a controversy around Persian cooking at the Arian restaurant.

Ali Bakhtiari would cook in his restaurant on Marine Drive and the odour from the garlic-flavoured food would waft from the exhaust fan on top of the restaurant directly to the bedrooms of the homes on the upper level of the combined commercial and residential property, called the Bellevue Landing.

The residents complained and the city came investigating with the North Shore health officials.

Chris Cottrill, a supervisor with bylaw services department with the city was the investigating officer in this case.

He said when he came investigating, he didn’t find it smelly, because he is “fond of garlic.”

“The more pressing issue was the noise of the exhaust fan on the roof,” said Cottrill.

Bakhtiari has since sold the restaurant. It is still called Arian and sells Iranian food, but is now run by Mehnaaz Shojae.

Shojae has owned the restaurant for the last 15 months and says she hasn’t had any complaints. She doesn’t know why Bakhtiari sold the restaurant. According to her, Bakhtiari has moved to Los Angeles.

At the time of the controversy, the media covered the story extensively.

Bakhtiari gave interviews to most media outlets and according to an archived CBC report, he said “he’s being singled out”.

The report also quoted Bakhtiari from an interview to a newspaper reporter where he called the complaints “unjust and racist”.

The Bylaw
The city bylaw says that a person who owns or operates a business must not allow a noticeable odour to escape from its premises that “disturbs or is likely to disturb, the enjoyment, comfort or convenience of an individual in the residential premises”. This includes odours coming from garbage.

The bylaw also covers noise. It says the owner or operator of a business mustn’t allow “a noise to emanate from the premises”. It could be through a ventilation fan or otherwise, that could disturb or is likely to disturb people in residential premises. 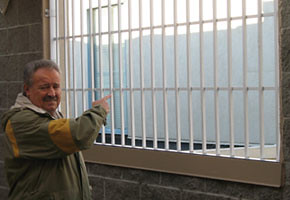 The odour
“The bedrooms face the street,” said Egon Andre, a resident of the Bellevue Landing for the last 11 years.

He said the previous owner of the Arian restaurant would cook at night and the smell would bother the residents.

“People couldn’t sleep, they couldn’t leave their window open,” said Andre. He said they have never had any problems with other businesses in the building.

“[The residents] were happy when the bylaw was passed,” he added.

But for some West Vancouverites, the odour is not a problem.

“It’s not an issue with me,” said Robert Smith, who lives a bit up the hill away from the restaurant. 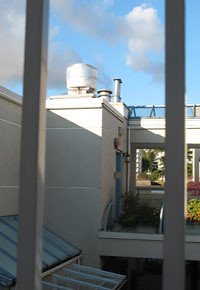 “In West Vancouver, people are very particular about their lifestyle,” said 61-year-old Smith, who points out that odour from a restaurant “really isn’t much of a factor”.

Enforcement
Cottrill said it isn’t easy to enforce the bylaw. The odour or noise disturbance must occur over the course of 10 or more days. Residents need to submit their complaints in writing.

The complaint has to come from a minimum of two residents, who live within 100 metres of the business but do not live in the same residential unit.

The bylaw can only be enforced after two city officials confirm that the smell or noise could disturb residents.

Equal for all
Cottrill said the bylaw is enforced equally for all businesses.

Smith said he is not surprised that such a bylaw exists in the city. “Some of these things are a little far fetched,” he says.

Growing medical research suggests cannabis is an effective treatment against conditions such as epilepsy, but dispensing it requires high-level knowledge

When Wendy Urquhart looks upon her 1930s Dunbar cottage, she sees 80 years of family history. That’s why, when she…

Vancouver was shortlisted on Oct. 4 as one of four Canadian cities in a joint bid with the U.S. and Mexico

You know the drill. Place your carry-on luggage and jacket in the bin to be scanned. Take any metal objects…