Q: What is charitable according to Canada Revenue Agency (CRA)?

Q: And what is political?

A: The courts have determined political purposes to be either “partisan” or “non-partisan.” Partisan activities are those that seek to further the interests of a particular political party; or support a political party or candidate for public office. Non-partisan political activities seek to retain, oppose, or change the law, policy, or decision of any level of government in Canada or a foreign country.

Q: Why can’t a politically oriented group be a charity, according to tax law?

A: Any group’s political activities have to be subordinate (or lower ranking in a scale of importance and the consumption of resources) to the group’s charitable works, and completely non-partisan. So, the group’s main function has to have a public benefit and be non-political.

Q: So, I think my group does charitable work, but it isn’t educational, religious, and it doesn’t relieve poverty. Can I get my charity’s purpose recognized as charitable under the law?

A: Maybe. The courts have recognized many purposes as charitable, including protecting the environment, relieving the

suffering of the elderly or disabled and protecting animals’ welfare. If CRA does not consider your group’s purpose to be 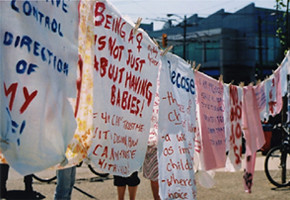 political, you can appeal through the legal system.

Q: I think my political action will result in a public benefit, so why doesn’t the law consider my work to be charitable?

A: The law that governs what is charitable and what is political is derived from common law—meaning it comes from the court system. The courts’ constitutional jurisdiction follows that the resolution of political debates is for parliament, so if the courts find that your action is political, they will leave it up to parliament to decide if your purpose is for, against or neutral to public benefit.

“There is certainly a lack of consistent funding, a lack of awareness, and a lot of stigma,” says Ronnie Takhar

It’s difficult for almost every newcomer, except the wealthiest, to find housing in Vancouver

What do you think of the diesel bus service in your neighborhood?