Defining what is “political” is more than just a philosophical exercise for Caryn Duncan.

As the director of Vancouver’s Women’s Health Collective (VWHC), she has the responsibility to make sure her group doesn’t spend too much of its time and resources being “political”—as the Canada Revenue Agency (CRA) defines it—or she will risk the collective’s financial future. 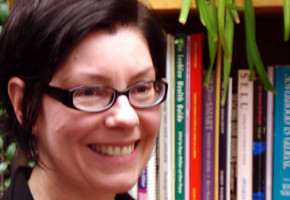 The Women’s Health Collective received a letter from CRA in the fall “pointing out a number of things they take issue with,” concerning the tax law that limits the political activity of registered charities, Duncan said.

“Most of which were ridiculous and I could refute without legal advice,” she added.

CRA rules say that a charity cannot participate in any partisan activities and members must limit the time and money they spend on non-partisan political involvement to 10 per cent of their total resources, or CRA will revoke its status as a charitable organization.

Without charitable status, the VWHC would not be eligible for the grants that keep it afloat, nor could they be able to issue charitable donation receipts. Donors wouldn’t get a break on their income tax and would likely give less.

The trouble started when the collective submitted to the CRA changes to their constitution that included language about taking a “gendered analysis” of public health policy and about their advocacy work.

“We were being very conscientious women, and thorough women, and decided to actually redraft our constitutional objectives and our bylaws to adequately reflect the way we work,” she said. 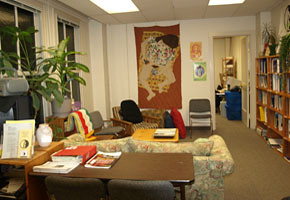 “We talk about being feminist, about gendered analysis, but [the CRA doesn’t] like that language. It’s mystifying… We are feminist and we always have been a feminist organization and always will be. Does the government not want us to write that down? That makes them more comfortable and happy? It’s ridiculous.”

The charitable service the VWHC provides is informing women about health issues and helping women connect with a female doctor. They collect information about doctors who are fluent in a language other than English, queer-positive or experienced with patients with disabilities or addiction problems to help match women with a doctor who can fit their specific needs.

Some of their other activities are arguably more political.

“We encourage women to vote, we talk about the issues, public policy shifts—and there were a heck of a lot of them in the first term of the provincial government,” Duncan said.

She feels it’s the VWHC’s responsibility to speak out about policy that affects women’s health, but Duncan is adamant that none of the collective activities break the part of the tax law the prohibits partisan activity.

“We criticize all government,” Duncan added. “I’ve been in situations where I’ve praised conservative initiatives and criticized the NDP, which isn’t, you know, what normally people would think about the Vancouver Women’s Health Collective.”

Duncan will not entertain even a hypothetical notion that the VWHC will lose its charitable status or that the organization will have to change significantly as a result of conflict with CRA, as she awaits a reply to her response to their letter.

“But we might have a dance, which might go on for sometime before we can both agree where we’re going with this,” she said.

The resolution will come when the VWHC and the CRA agree on what actions are charitable, and what are political—“and how they interpret and how we interpret it, there’s a divergence,” Duncan said.

Groups who want the law to change to allow more political activity do not have strong support from Imagine Canada, an umbrella organization for charitable organizations with a mission to advance the interests of Canadian charities, and which represents and supports many of the country’s largest charities. 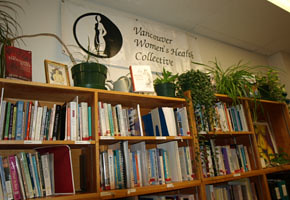 “There are certainly some organizations that feel very strongly about it, but the vast majority of [Canada’s] 81,000 charities, you know, they’re kind of busy running food banks, providing services. So we have not found we have a mandate to advance that as a major concern in the sector requiring political reform,” said Teri Kirk, vice-president, public policy and regulatory affairs.

Kirk agrees with Duncan that defining “political” can be a challenge. She said “’What is political activity?’ is a very grey question, even for sophisticated lawyers and regulators [who need to] to draw a line in a very grey area.”

On a Sunday morning, the Coal Harbour Community Centre in downtown Vancouver is busy with activity. Young men and women…

Northern Alberta is home to some of the fastest-growing bodies of water in the world. Every day roughly two billion…

Kim Leary glances over at one of her students. He is slowly and methodically passing a soccer ball from one…