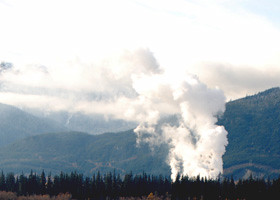 By creating a carbon tax, British Columbia may have betrayed its poor in order to seed environmental change, say activists.

The tax, announced in February as a means to reduce carbon emissions, was touted by the provincial Liberal government as “entirely revenue neutral.” This attempt to shift the tax burden looks progressive on first glance, meaning that higher income groups such as car owners and drivers would pay a greater proportion of the provincial tax bill.

But activists are worried that the face of climate change in B.C. lacks a social conscience. A number of prominent local groups have joined together to raise awareness about what they call “environmental justice” or “climate fairness.”

“Our contribution to the ongoing dialogue on climate change is to make sure that these policies don’t inadvertently increase poverty,” said Marc Lee, senior economist at the Canadian Centre for Policy Alternatives (CCPA).

B.C.’s carbon tax is a first for North America. The tax will be part of an ambitious mix of both tax and regulatory policies.

The government has been less than forthcoming on the details of their plan and this has generated much debate and criticism.

She argued that if the goal of the carbon tax is to reduce emissions and fairly distribute the tax burden across the economy in a sustainable fashion, then B.C.’s carbon tax structure as it stands, fails.

“The new B.C. budget only balances over the next three years on its forecast that those of us who pay carbon taxes, increase our carbon fuel consumption at a rate double the rate shown over the last 15 years,” said Donnelly. “It has nothing to do with environmental objectives.”

Donnelly says that the series of carbon taxes introduced by the UK government produced a highly regressive tax system that did “little more than return income and consumption taxes to the poorer families from which those taxes were just collected.”

“I’m not suggesting that we should do nothing here. But why should we copy a strategy that hasn’t worked in other countries?” she asked.

To respond to these issues surrounding the new tax and regulatory policies, the CCPA launched a new project, the Climate Justice Project with partners at the University of British Columbia and with dozens of social justice groups including labour, anti-poverty and First Nations groups.

“The basic objective is to look at the impact of climate change policies with a social justice lens,” said Lee.

Environmentalists and social activists are also critical of how the government is enacting its climate change policies.

One source of contention is Bill 18, the Greenhouse Gas Reduction (Cap and Trade) Act which the government released in early April. It’s a brief bill at only 28 pages and it gives no details on how the government will determine the amount of carbon emissions a particular company or industry is allowed to produce.

The bill gives B.C.’s Governor in Council (Cabinet) powers to introduce cap and trade policies on greenhouse gas production and supply without any legislative oversight.

“Forcing through initial legislation that allows Cabinet to make significant decisions without consultation is a clever move in terms of maintaining government power and effectiveness, but is not particularly democratic,” said Noah Quastel, environmental lawyer and doctoral student at UBC Department of Geography.

“There is a huge democratic deficit in the process,” said Lee. He added that the government has been unresponsive to share backgrounder documentation and the list of consultants and lobbyists on the plan.

Lee argued that given the magnitude of the changes engendered by the new climate change policies, there should be greater public consultation and engagement similar to past consultative processes such as the Citizens’ Assembly on Electoral Reform and the Conversation on Health.

“Over the next three years, we’ll be engaging stakeholder groups, other levels of government, and other partners on climate action solutions,” said David Halsam, communications director of the Secretariat.

Halsam added that the Secretariat will also establish a Citizens’ Conservation Council with a mandate for climate change education and outreach. According to Halsam, membership of the Council was being determined and would be announced sometime this year.

From kitchen tables to beach rallies 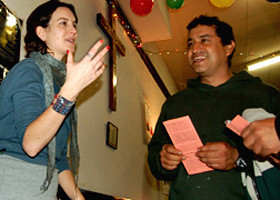 Not all environmental groups are as critical of BC’s new climate change policies and the Secretariat.

“We’re very encouraged that the government has made this huge shift,” said Charles Campbell, communications coordinator of the Dogwood Initiative.

Regarding the new carbon tax scheme, Campbell said he thought that the budget seemed “quite well-crafted” in that it intends to give most of the tax-credits to lower-income individuals and groups.

“Time will tell, but we are hoping that will be the case,” he said.

Beyond the more technical issues of climate change policies, these groups all agreed that environmentalists need to build coalitions across traditional boundaries and encourage the public to participate in the debate over climate change.

“It started with a group of us around the kitchen table, wondering why we aren’t talking about the real issues anymore?” said Gordon.

That kitchen table conversation led to an impromptu rally at Kitsilano Beach, “We don’t want coal for Christmas” in December of 2006, against the provincial government’s policies on coal-fire power plants.

Gordon and members of VTACC then spoke with residents of Chetwynd and Princeton where the coal-fire power plants were to be built. “They said, thank God that someone from the Lower Mainland and from [Premier] Gordon Campbell’s own riding is working on this, because we’ve been working on this for two years but we haven’t gotten any media coverage,” said Gordon.

Gordon believed that the media coverage that surrounded VTACC’s campaign against the coal-fire power plants led in-part to the government’s announcement in last year’s budget that it would discontinue the initiative.

Like VTACC, Dogwood Initiative began as a grassroots coalition. It began in 1998 as a group of environmentalists, First Nations and labour groups that were keen to work together on forest tenure issues. “We realized that we shared the same concerns but we didn’t know how to talk to each other,” said Campbell.

“We are behind, we have been in our silos too long, but now NGOs are speaking more with each other, working on how we can engage other groups more effectively,” he said.

Gordon is less positive of the chances of NGOs coming together to build a big-tent movement around the issues of climate change. He said that environmental groups are chronically under-funded and under-staffed, factors that make it difficult for them to network and form coalitions.

“In Canada, I’d say maybe only five groups have budgets about a million dollars,” said Gordon. “Everyone just expects the Suzuki foundation to release a statement whenever something happens.”

Campbell is more hopeful about NGOs building coalitions. “We’re not there yet, but I think there’s a general level of consciousness that that’s where we need to be.”

Cash flows to wild urban stream thanks to local community

A community group is rushing in to save one of the last two wild streams in urban Vancouver. Still Creek,…

From chemical reaction to climate action, how chemists bring sustainable science to UBC

By Cynthia Yoo On a chilly Friday evening, a large crowd packed into the auditorium of St. James Church in…

In the shadow of Enbridge, Kinder Morgan pipeline looms large

On March 24, 1989, the Exxon Valdez oil tanker ran aground off the coast of Alaska, resulting in the one…