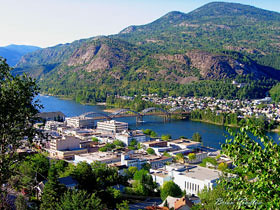 Trail B.C. is a sleepy town in the West Kootenays with an unusual claim to fame: it’s leading the battle against carbon emissions, committing to become carbon neutral by 2012.

Over 100 municipalities across B.C. have signed on to the Climate Action Charter, and while most towns don’t know where to start, Trail is the first to have a comprehensive plan to tackle climate change.
Upon their return from the Federal Canadian Municipalities conference in June 2007, Mayor Dieter Bogs and Councillor Gord DeRosa realized it was time to take serious action on climate change.

“The mayor said we have to do something. I want you to come up with a vision, I want it laid out, and I want you to engage the community,” said DeRosa.

They began by signing B.C.’s Climate Action Charter, a voluntary agreement between the provincial government, the Union of Municipalities of British Columbia and local governments. It is a non-binding document that expresses a commitment to go carbon neutral by 2012.

According to the province, carbon neutrality is a three-step process. First, the town must determine the amount of fossil fuels it emits by calculating its carbon footprint.

“It’s crucial,” said John Robinson, professor of environment and sustainability at the University of British Columbia.

“In order to become carbon neutral, you have to know how much carbon you have. The key for any climate policy is that you have to do an inventory, it’s what the world is having now to do, having never paid attention to carbon.”The next step involves finding ways to reduce these emission levels as much as possible. Finally, the town must offset remaining emissions with credits for reductions elsewhere.

B.C.’s provincial government has a progressive stance on climate change, but it has provided municipalities with little guidance on how to achieve carbon neutrality, leaving most with no where to turn. Trail, however, has taken the lead to find a way, enlisting the help of Dan Rodlie, chair of Trail’s Communities in Bloom committee.

At a conference in Moncton, New Brunswick, Rodlie discovered an innovative computer software program that is capable of measuring a city’s carbon footprint. i-Tree, a USDA Forest Service initiative, measures the benefits, costs, and management needs of a city’s urban forest, in other words, its tree inventory. The Forest Service has entered into a public-private partnership to make i-Tree available free of charge to any community or individual, and has been used in both Calgary and Toronto.

“We’d like to educate people that there are programs out there, that the technologies are there to get your carbon footprint and it doesn’t have to cost a lot of money, but you do need volunteers,” said Rodlie.

To that end, Rodlie found success by applying to Canada’s youth initiative Katimavik, winning two students who are spearheading the i-Tree program.

Trail is an unlikely candidate for this challenging feat. The city has a hundred-year history with the world’s largest zinc smelter, the mining company Teck Cominco, located in the heart of this small town.

For Duane Elverum, sustainability expert and professor at the Emily Carr Institute for Art and Design, the news of Trail going carbon neutral came as a surprise.

“I’ve lived in Trail since I was two years old. It’s a company town, a smelting town. Climate change action and Trail are not two ideas you would think about in the same sentence. So I’m kind of blown away but very excited.”

Teck Cominco is behind most of the carbon emissions in the region, but it is exempt from the carbon neutral mandate. This only applies to the city’s municipal operations. While Teck Cominco says it supports the city’s initiative, the company has made no concrete plans to take part and Trail’s carbon footprint will not include emissions from the heavy industry. 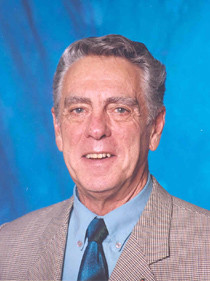 Trail has been gaining momentum as groups across the community are committing to the goal, joining the city’s Environmental Sustainability Committee, headed by DeRosa.

“The community spirit here is very strong and when the community bites into something they do it very well. Everything’s volunteered – that’s how we get things done.” Said DeRosa.

Stakeholders from across the community are getting on board and even the local school district is planning to have students from K-12 involved in the town’s environmental projects.

“I think we have to educate our young children and send out the invitation to partake in this and have them equal partners at the table about where we’d like to go in greening our town,” added DeRosa.

Integral to Trail’s strategy will be something they describe as an environmental sustainability filter, meaning that any purchase or repair must be done with the least ecological impact.

Tree planting is a major part of the city’s project as it is essential to the i-Tree program. While urban trees help to cool the city, they cannot be relied upon to absorb and neutralize carbon emissions. Ultimately, planting trees alone is not a solution to climate change.

“It’s not as if we can drive around with our feet on the break and the accelerator at the same time. On paper you may be climate neutral, but you have to be climate neutral in ways that matter to the atmosphere. If you’re not strategizing ways that you can stop burning oil, then all the other attempts to become carbon neutral are measurably less effective,” said Elverum.

Fortunately, i-Tree goes beyond tree planting. It also recommends strategies on being more energy efficient and on burning less oil. 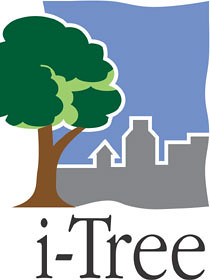 “I think it’s a great program,” said Haesun Yoon, one of the Katimavik volunteers. Yoon is currently measuring Trail’s urban forest and inputting pollution data into the i-Tree software.

“I think it’s a very accessible program. There was kind of a learning curve because I don’t have a background in forestry but I think overall this program will be good for the community,” she added.

The fieldwork will be completed by August 10, as the volunteers are still waiting for some trees to emerge from under 10 feet of snow. After the data has been collected, it will be sent to researchers at the Syracuse University and Dan Rodlie expects recommendations by the fall.

“They will take the data up and basically build a model for the city, from this we can start to build improvements.”

The project is still in its initial stages and has relied on volunteers and free software. This may change when resources are needed in order to turn recommendations into reality. The province has not guaranteed funding and Trail is currently waiting on the Columbia Basin Trust for a possible grant.

Despite these uncertainties, the community is confident in a carbon neutral future and hopes to become a model for other cities. As for Trail’s citizens, this is a project that is very close to their hearts:

“I’m an environmental supporter because I’ve got grandkids. As we get more and more into this here, it opens your eyes a lot more. It’s more than just trees, it’s how we live,” said Rodlie.

Climate change to trigger a flood of sewerage costs

On a stormy day, angry surf crashes against the Iona Island jetty with enough force to shake its foundations. The…

Everyday in Vancouver’s Burrard Inlet, giant cranes move thousands of containers on and off cargo ships. The rotten-egg stench from…

By Leslie Young How many sewage plants are there in Metro Vancouver? There are five sewage treatment plants across the…