Earlier this year, a group of volunteers went to collect litter from the shoreline at Peace Arch Park, on Canada’s border with the U.S. At a first glance, the place was clean. However, after closer examination, the volunteers discovered and removed more than 27 kilograms of garbage.

“(The litter) is there. It’s in most places if your eyes are trained for it,” said Rachel Schoeler, manager of The Great Canadian Shoreline Cleanup. The organization conducts periodic cleanups throughout Canada. Most of what its members pick up is plastic. 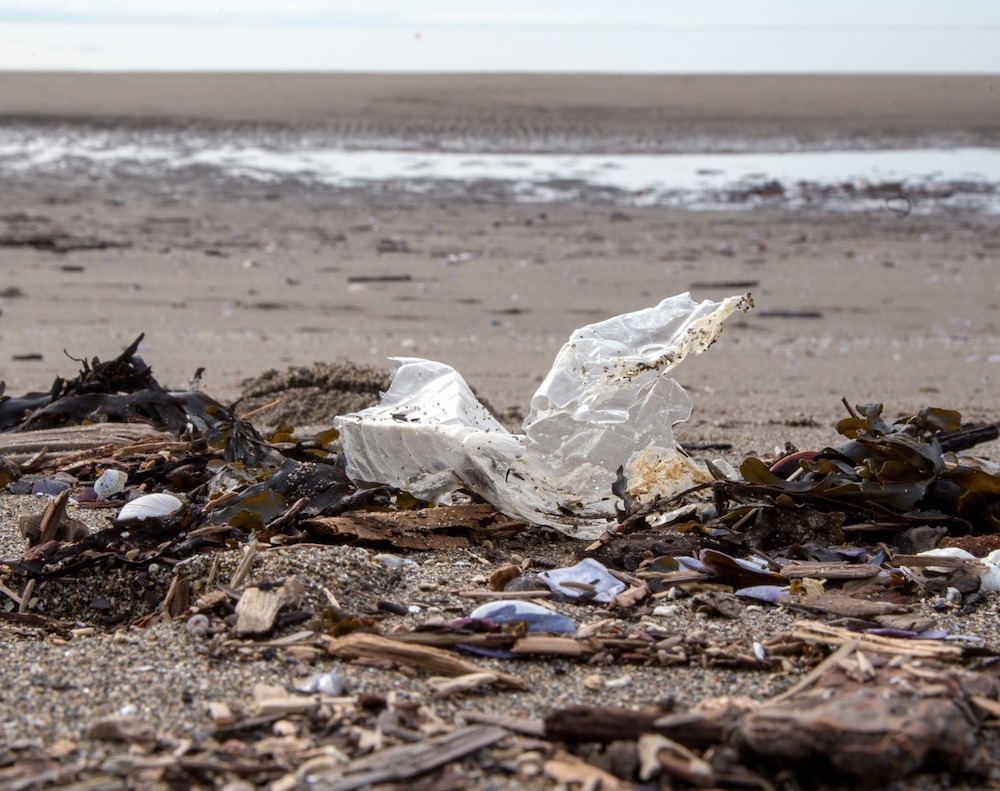 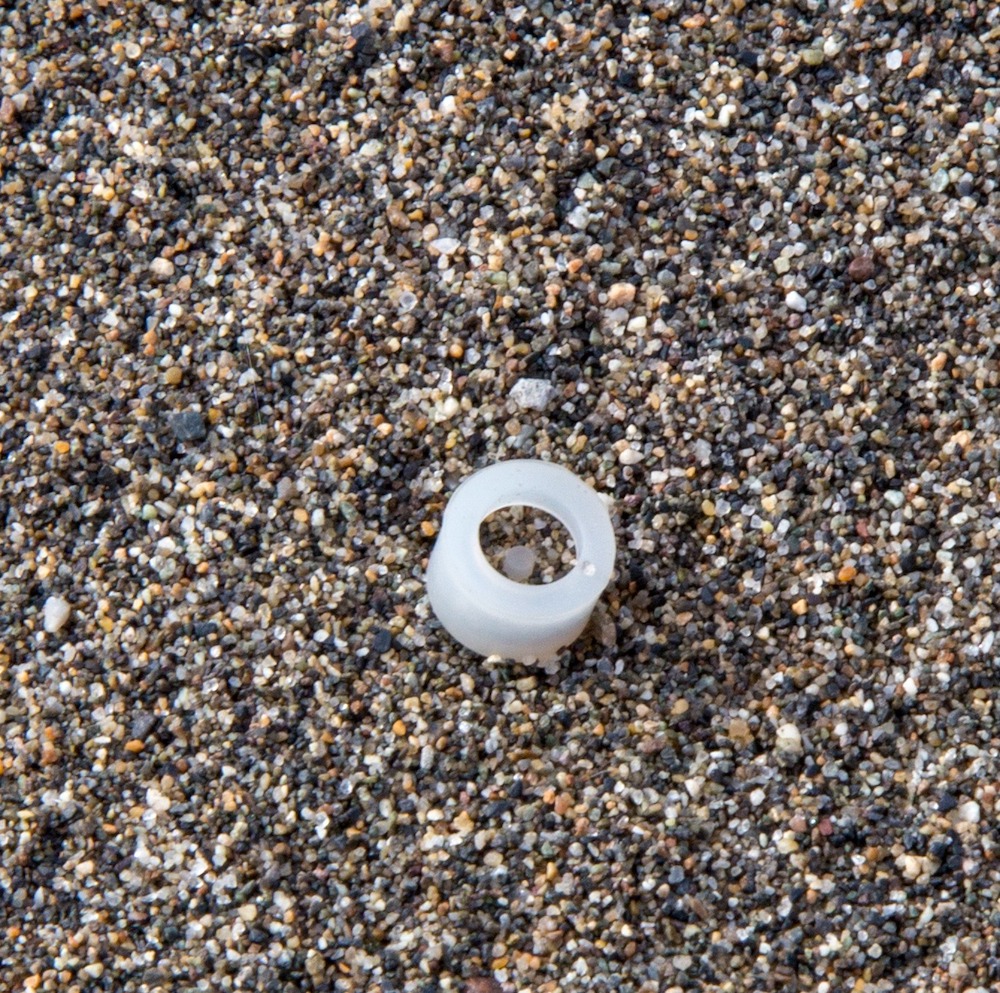 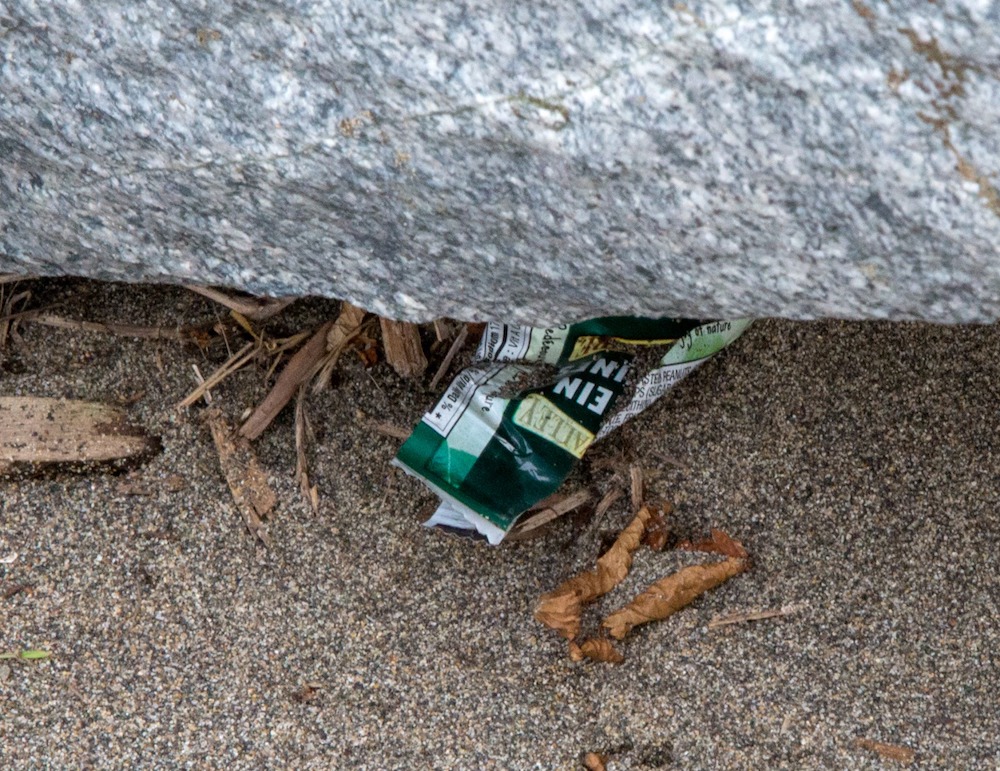 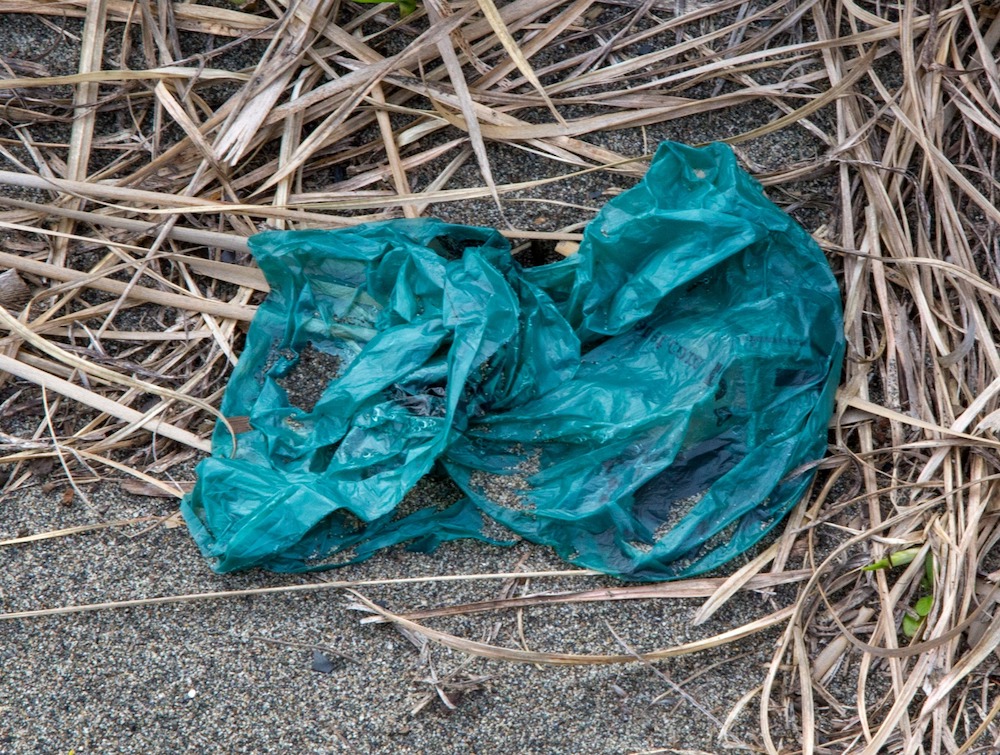 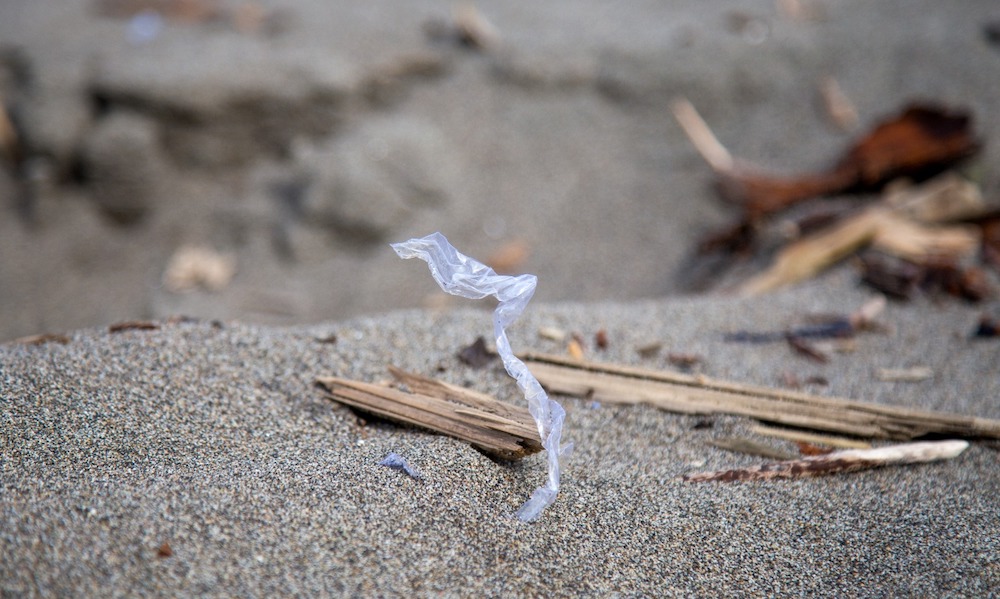 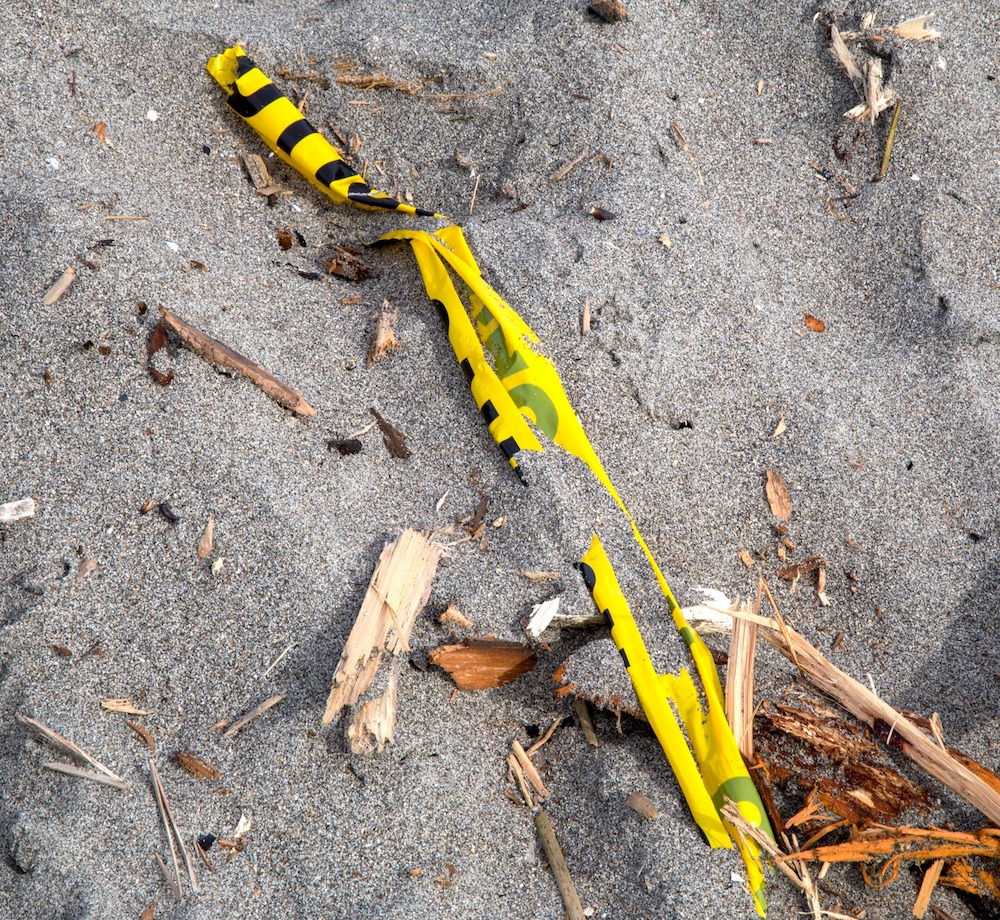 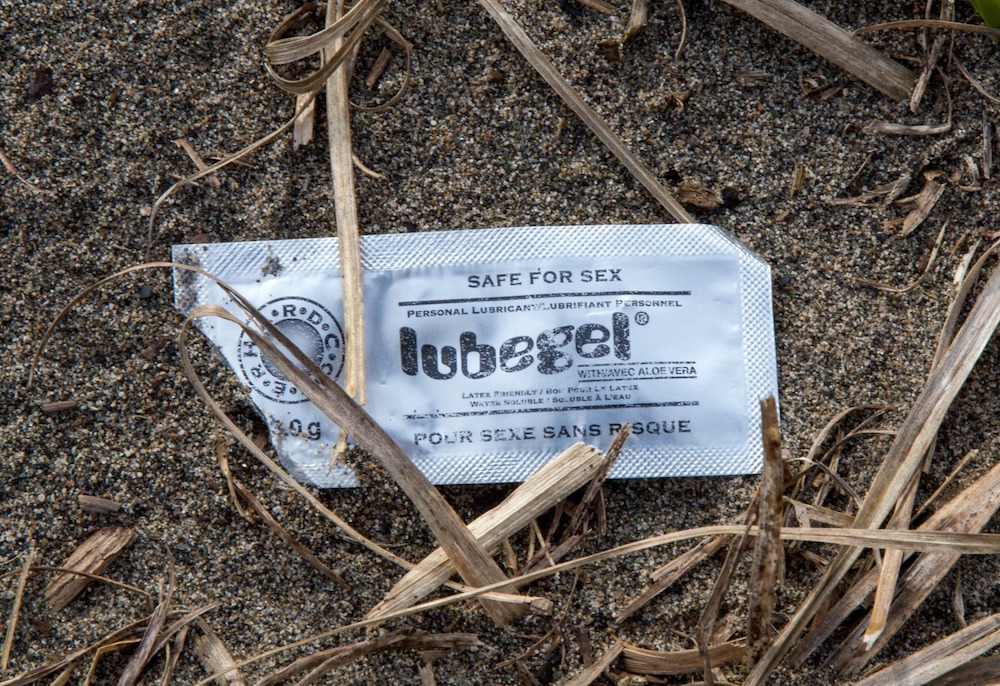 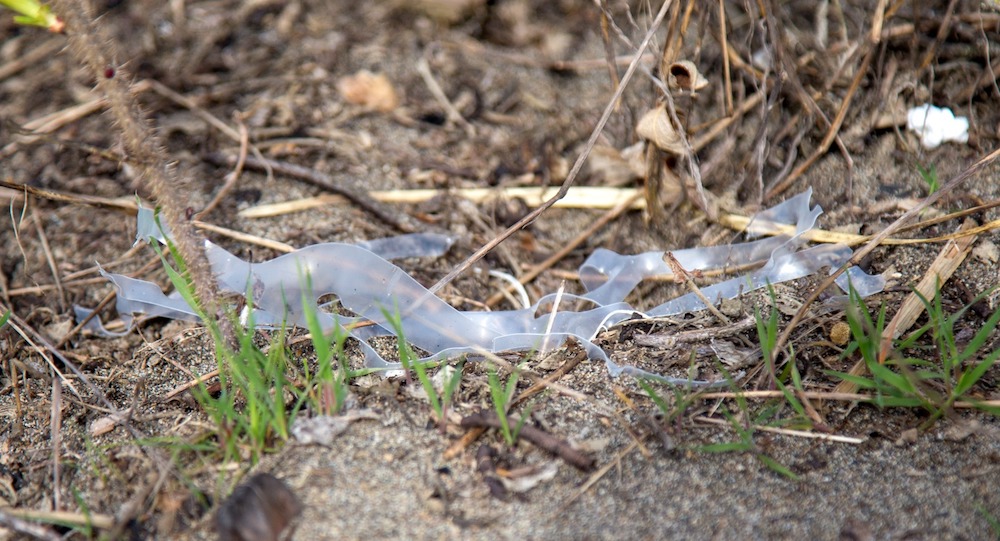 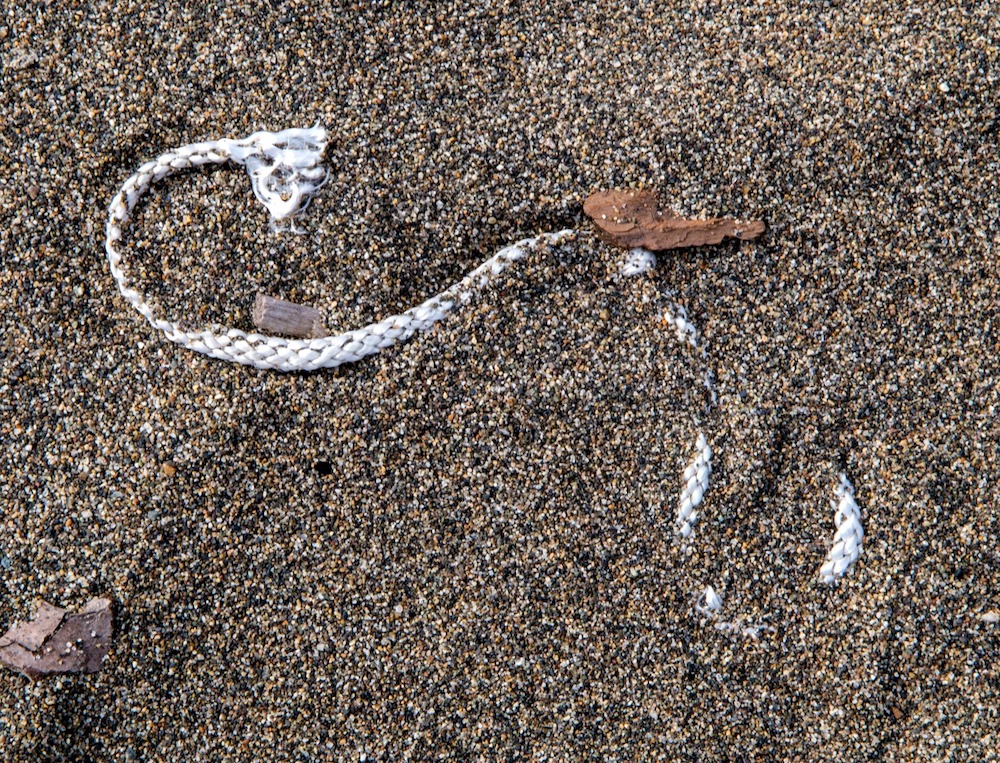 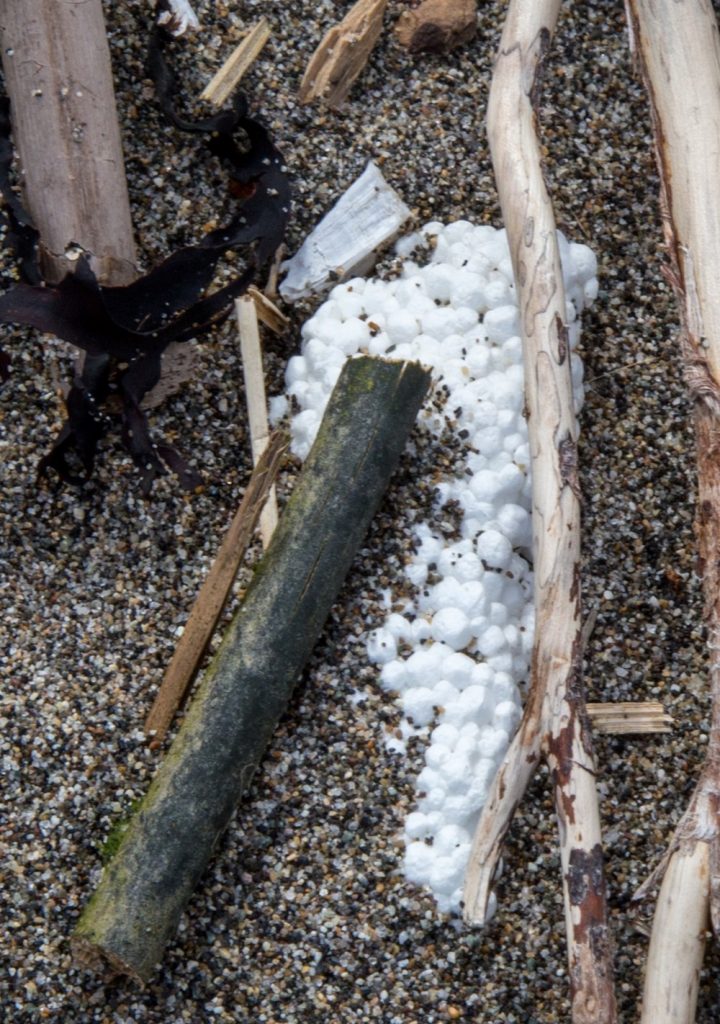 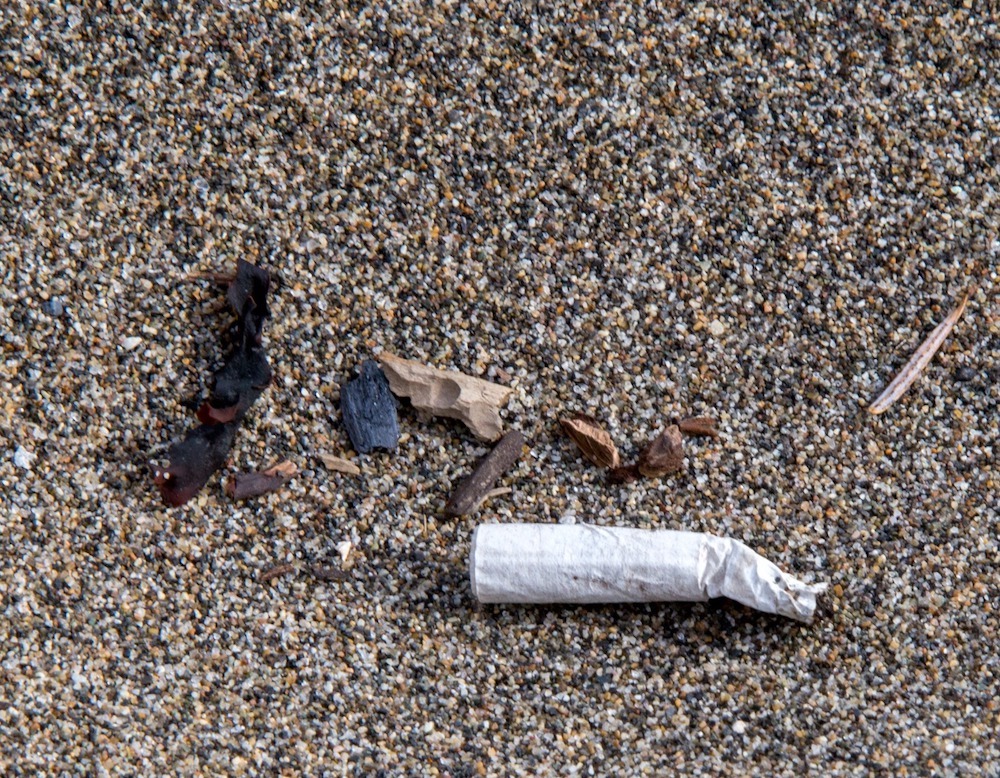 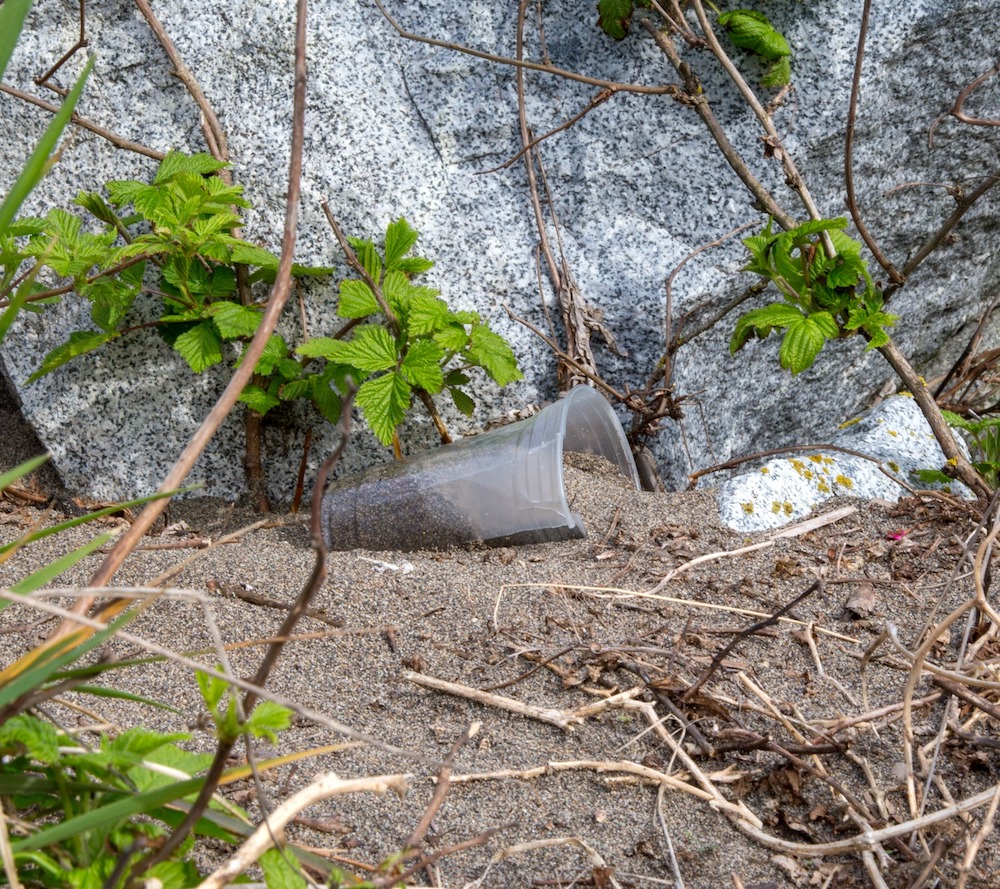 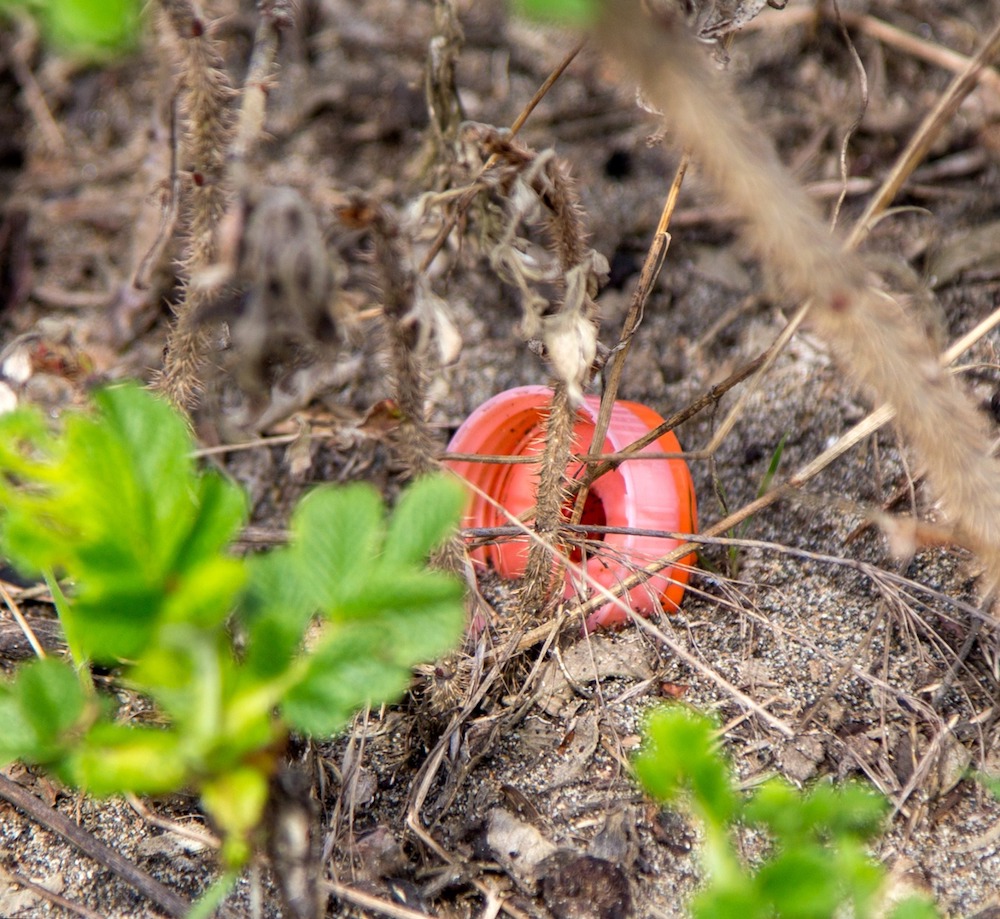 But getting rid of them entirely is not an easy task, as local governments are discovering. The City of Vancouver’s Zero Waste program is developing a strategy to reduce the substantial amount of single-use items, but there is no simple solution for that.

An important part of it is taking care of plastic bags. Two million plastic bags are thrown out each week in the city, comprising three per cent of shoreline litter and two per cent of street litter.

People use plastic bags every day. They are convenient, cheap and multi-purpose. They can be used to carry groceries, isolate different kinds of food, and line waste bins. So the question that arises when considering a plastic bag ban is, what would people use in its place?

LISTEN – Experts and NGO staff talk about plastic contamination in the ocean.

“From a bag policy in general, some of the challenges are that it [a ban] can move the problem around,” said Kosmak.

For example, the city of Chicago banned thin plastic bags and later reversed after noting an increase in the number of thicker ones ending up in the garbage.

Over the past two years, the City of Vancouver has consulted with businesses, consumers and environmental experts to gauge the acceptance and effectiveness of bans, fees and educational programs.

“What we are trying to do is put together a package, a suite of options, that will have the most effective and long-lasting change,” said Kosmak.

Her concerns are justified. A study of fees and bans in California showed when small fees are imposed, people still purchased plastic bags, said author Rebecca Taylor, an economics professor at the University of Sydney, Australia.

“Under a ban, they had to purchase alternative types of bags, which were most often paper,” said Taylor.

Paper bags are also bad for the environment

Most people believe paper bags are better than plastic for the environment because they decompose.

But numerous life-cycle studies, including one by the Danish Environmental Protection Agency, say paper bags are more damaging to the environment because of the energy and water used in production.

The Canadian Plastics Industry Association, which recently sued the city of Victoria for banning plastic bags, makes the same argument. It cites the Danish study and another by the Montreal-based International Reference Centre for the Life Cycle of Products, Processes and Services as proof that plastic bags are best for the environment.

However, many experts say those studies don’t give the full picture. They only measure things that can be quantified, like carbon emissions, and don’t address other complex problems such as the damage plastic causes to marine ecosystems.

For Bud Fraser, a senior planning and sustainability engineer at the University of British Columbia, the end goal is to reduce all bags, whether they are plastic, paper or cloth.

“Realistically, we are not going to eliminate these things.”

He believes the best way to deal with plastic bags is to impose higher fees so that people value them.

“Five cents is nothing, no one really cares about five cents. You need to multiply that by 10 and then people start to pay attention.”

Taylor agrees charges to consumers, not bans, are the best way to reduce plastic bag use. But the challenge is to define where the money should go.

With a fee, any extra money above the cost of the plastic bag goes directly to the grocery stores.

“If you set the price of bags at 25 cents, but it only costs retailers five cents to purchase those bags, then you’re just transferring from the consumer to the retailer 20 cents per bag. That wouldn’t necessarily be the transfer that you want,” said Taylor. She favours a tax that would direct the money to waste management or environmental costs.

In March, the Zero Waste program released a draft strategy. Bans, taxes and fees on plastic bags will not be considered for now. Instead, the city is planning to allow businesses to choose their own strategy and evaluate their results over the next three years.

After a public consultation about the draft, the final single-use item reduction strategy is expected to be presented to the City Council on May 16.

For people like Rachel Schoeler, who thinks every day about how people are affecting the environment, reducing, reusing and recycling is the key. But she acknowledges that it can be tough to create a new habit.

“I don’t think we can ignore plastics as a part of our life, there is plastic everywhere,” she said.

For her, creating a policy is an important tool to support behavioural change.

When she was young, Claudia Li’s grandmother would bring her to Chinatown on her trips to buy groceries. She was amazed by the number of people her grandmother knew…

Opening Up About Polyamorous Love

Former trailer park tenant ordered to pay more than $10,000 in back rent and damages

For some protesters, the Vancouver picket line is just one more effort in a long-term campaign