Within weeks of Marion Jones being stripped of her 2000 Olympic gold medals, questions arose about the ‘purity of sport’ and whether the authentic of competition can truly exist in an era of performance-enhancing drugs.

The following is a summary of some of the most commonly used prohibited drugs and doping methods. It is important to distinguish between the different substances and methods in order to fully understand the lengths some athletes go to win. 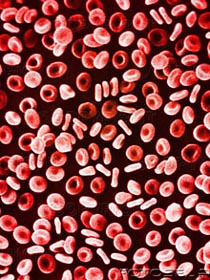 Stimulants are drugs that enable athletes to increase their mental alertness and physical performance, allowing them to boost their heart and breathing rates.

A substance commonly associated with stimulants is methamphetamines or speed. Methamphetamines help boost alertness by providing a powerful kick to the athlete’s nervous system.

Anabolic agents refer to anabolic-androgenic steroids (ASS), which are artificial versions of the testosterone hormone. These performance-enhancing drugs are used to increase muscle development. Use of the substance allows athletes to train harder, longer, and reduces the amount recovery time between exercises.

Erythropoietin (EPO) and darbepoetin are injected blood-boosting drugs, which increase the production of red blood cells that carry oxygen to muscles, thereby allowing athletes to increase their endurance.

Learn more about the next generation of performance-enhancing drugs.

-With files from CBC.ca

By Krysia Collyer. A new judging system to be introduced at the World Cup season opener on December 13 in…

After a few wins for Hastings Racecourse, a loss

After years of struggle at Hastings Racecourse in east Vancouver, there were hopes for recovery this summer with the success…

UBC official says plans for 2021 football season in the works