Punjabis hail from Punjab region in Northern India, but the area is not comprised of an ethnically homogenous group. 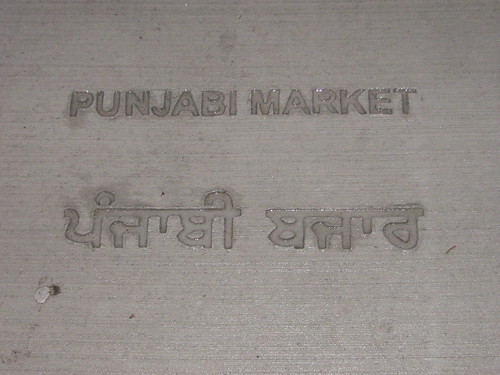 – People in Punjab, irrespective of their religion, would speak Punjabi. In Bengal it would be Bengali. Both would express their culture differently.

– In India, every province has its unique culture and traditions. State culture and language traditions are reflected by the pre-colonial kingdoms that are now the present-day states.

There are many religions in India: Hinduism, Sikhism, Islam, Christianity, Zoroastrianism, Jainism, and Buddhism. Each religion has very different traditions.

– Punjabis practice many religions such as Sikhism, Hinduism and Islam.

– Punjabis make up approximately 70% of Indo-Canadians.

Most Punjabis settled in the lower mainland practice the Sikh religion and hail from the Jat Sikh caste. A caste is a system of social stratification based on ethnicity and hereditary class distinction.

1904 – Immigration wave begins. Over the next three years over 5,000 Sikhs arrive in Vancouver.

1914 – A Japanese steamship called the Komagata Maru arrived in Vancouver carrying 376 Punjabis in search of better employment opportunities. B.C’s exclusionist laws refused them entry, and the ship was turned away.

– Today, Vancouver has the most concentrated Punjabi population in North America.

–with files from Anupreet Sandhu Bhamra.

UBC professor returns to Doctor Who

Proponents have welcomed a pledge by Mayor Gregor Robertson to support an all-ages venue in Vancouver. But the leading organizer…

A Vancouver-based dance class for refugee children is offering daycare and connection for families recently arrived in the country. The…

By Doerthe Keilholz. A developer has proposed two residential condominiums in place of the venerable Richard’s on Richard’s nightclub in…