Police in the Lower Mainland need specialized training to deal with new immigrants because more than one-third of refugees moving to Canada have suffered political violence or torture, says a human rights advocate.

Peter Bazovsky, coordinator of the Vancouver Association for Survivors of Torture (VAST), said misunderstandings between immigrants and people in authority are common and can trigger heightened reactions – even violence. He cited the recent highly publicized death of a Polish immigrant at Vancouver International Airport by a police taser as an example – although extreme – of what can happen. 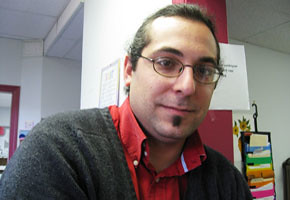 Electrical shock accounts for almost 60 per cent of torture techniques worldwide, said Bazovsky who has worked with VAST for 15 years. “Being an immigrant in Canada or being a refugee claimant in Canada who’s witnessed that on television – it would be quite shocking to see.”

The Vancouver Police Department requires that its recruits receive diversity training, which consists of a four-hour session with a diversity harassment expert, and subsequent real-life simulations with actors.

Justice Institute program manager Don Walden said that police recruits are “doing communication tactics all the time,” in which they have to work through difficult language and mental health situations that they would face on the street. The training does not teach officers to deal specifically with people who have suffered torture or political violence.

Of new refugees to Canada, 34 per cent have suffered torture or political violence. Between 2002 and 2006, according to the provincial government, 10,440 refugees came to B.C., with 95 per cent settling in Greater Vancouver.

The presence of authority figures, uniforms or weapons, even when standard procedures are followed, can act as a trigger for immigrants who have been mistreated in their home country.

“Even the position that they place people in, hands over your head, could be real triggers for individuals,” he said. “We’ve had cases where people dissociate in front of police officers, believing they’re back in a prison cell, and then the police officer has really no idea what to do.”

Marla Buchanan, an Associate Professor of Psychology at the University of British Columbia, said that PTSD would be a very common disorder among the 300 clients VAST sees every year. When a person with PTSD is triggered, they re-experience the trauma through a flashback, dissociation like numbing out, or a state of hyper-arousal. Buchanan explains that PTSD episodes are like a constant state of “fight or flight.”

“It’s out of their control and they look like they’re nuts. And all they’re having is a flashback, which will dissipate. But the police wouldn’t know that,” said Buchanan. She added that a trauma survivor might “look like someone on crack, or they would look very violent, and all they’re trying to do is protect themselves.”

Bazovsky said such an episode with police can turn what began as “a legal matter into a medical matter.” Rather than arresting the individual, police should bring them to the hospital. 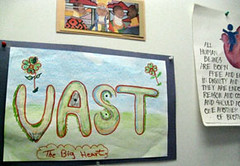 To address these issues, VAST offers its own specialized training workshops for police and immigration officials. Bazovsky, along with a clinical psychologist, teaches the one-and-a-half hour training sessions requested by the detachments. Previous sessions have been held at the Vancouver Police Department and the Surrey and Burnaby RCMP detachments, but no workshops have been held for the last few years. However, Burnaby RCMP is recognizing a need for training and it has asked VAST to hold a workshop in January.

The sessions describe the kinds of violence and torture many immigrants have experienced, and how they may react to triggers.

“First of all, obviously, we’re training them how not to torture someone. We demonstrate to them that torture is something beyond purely the physical, maybe something mental,” said Bazovsky. Torture may not leave physical marks, but often the psychological scars run deep.

“It’s essential that they go to the police forces and do the training and show how people look when being retriggered,” said Buchanan.

In light of the recent taser incident Bazovsky expects this coming session to be filled to capacity.

By Ian Bickis Akbar Ganji is an Iranian journalist and one of the most outspoken critics of the regime. He…