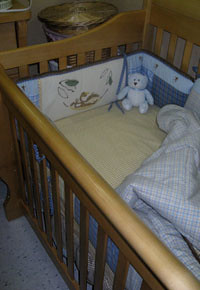 Cathy Lopston, spokesperson for Family Services of Greater Vancouver, said the number of applications for China’s international adoption program has decreased since the China Centre of Adoption Affairs (CCAA) implemented new guidelines in May.

“I would say most adoption agencies in British Columbia – and there are six of us – most of us have seen a decline,” she said.

The CCAA implemented the guidelines, which exclude singles, people over 50 and others from the program, in response to a soaring number of applications in recent years.

“The new rules will help shorten the waiting time for qualified foreigners and speed up the process for children,” said CCAA director Lu Ying.

Eileen Power, mother of an adopted daughter from China, said the impact of being excluded from the program would be “heartbreaking” for those who no longer qualify.

“People that really want a baby that cannot have a baby, it’s very, very difficult,” she said. “I particularly think single parents – for a single woman – to adopt a little girl, and raise that little girl, that is a very special thing.”

Although several people have been ousted from the program, Lopston said single women have been hit the hardest.

“I think the families that were really affected were single women in particular, and definitely couples that have had some health issues.”

There are several other countries where prospective parents can go for international adoption, but China’s program has an exceptionally 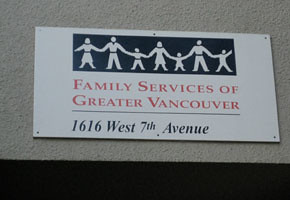 strong reputation. Eamon Duffy, an adoptive father in Vancouver, said he was impressed throughout his experience with China’s program.

“The reason that we had looked at China was that it was a proven model in terms of how adoptions work,” he said.

Another factor in China’s popularity is Vancouver’s multicultural environment, which is thought to be ideal for raising an Asian child.

“Vancouver is a wonderful place to bring up an Asian child if you’re not an Asian family,” Power said. “And just having so many Asian people in the communities really, really does help (the child) see themselves reflected in the community.”

Lopston agrees, and said much of China’s notoriety is due to the fact that Vancouver has such a high population of Chinese families.

“Families I think felt it was a really good place to adopt from because the children that they would adopt would still be connected to their culture.”

Where do we go from here?

Despite the attraction to Chinese adoptions, people’s willingness to go with another program may depend on their 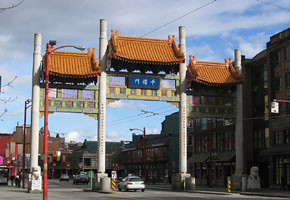 “Some people feel more comfortable with one culture or another culture…it just depends,” said Power. “But usually people, if they really, really want a child, they will try (to) at least approach some of the other areas. And it may be that if they’re too difficult for them for whatever reason, they may just say, ‘well, I have to look at life differently.’”

Lopston said that some families have given up already.

“I think they felt pretty defeated, pretty deflated,” she said. “I think that some families do look at other options…and then we’ve also had families who’ve given up and just said ‘well, that’s it…I’m not going to be able to adopt.’ Because they’ve really had their heart set on adopting a child from China.”

Last year in B.C., adoptions from China accounted for 80 of a total of 263 international adoptions.

Your Open Closet is one of B.C.’s only specialty underwear retailers for the LGBTQ2S+ community

Vaisakhi, the celebration of the Sikh New Year, draws an audience of thousands of Punjabis and other Indo-Canadians every April….

Food bank visits on the rise at UBC

By Amy Juschka At 59, Wendy lives in a bleak single room occupancy (SRO) building in Vancouver’s Downtown Eastside. After…

Watching a stream come to life, through highs and lows

As he does almost every day of the fall and winter, Ron Gruber heads from his house near UBC down…