About two months ago I was asked, as a volunteer at Adbusters, to do some research on the “new cool.” The first thing that sprung to mind was the urban scenester* phenomenon and, in particular, Vice Magazine.

For me, Vice Magazine is a guilty pleasure. I’ve been reading it for years, own the Vice Guide to Travel, and often find myself skimming through the DOs and DON’Ts on the web. 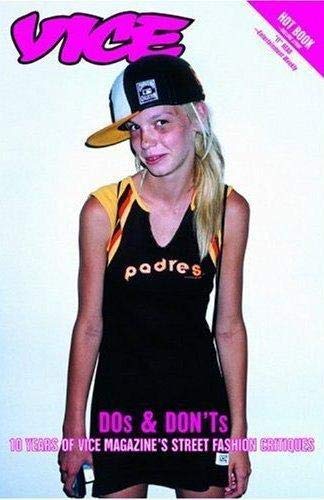 But, I have a love/hate relationship with Vice. Reading it is like going out drinking with friends when you have an early class the next day. You have fun at the time, but wake up the next morning feeling sick and regretful.

The thing about Vice Magazine, and the scenester subculture that it represents, is that it subscribes to the notion that there is no such thing as tasteless humour, as long as it’s thinly veiled behind irony.

Nothing is off-limits when it comes to this kind of humour. Racism is hilarious…as long as it’s in the ironic sense. Casual misogyny is even funnier.

Captions under the DOs and DON’Ts, which describe women as, “stupid sluts” and “piles of trash,” are apparently okay because it points to misogyny rather than participates in it. Never mind that these captions are written by Gavin McInnes, a 38-year-old white guy.

The thing about irony is that, when used properly, it seeks to deconstruct certain views and beliefs. Irony is supposed to make fun of stereotypes, not reinforce them.

In an interview, McInnes, who is one of the founders of Vice Magazine, said he strives to be “as genderless as possible” when writing the Dos and DON’Ts. After reading this I found my eyes rolling so far back into my head I thought they may be stuck like that permanently.

Assessing women physically and then labelling them a DO or a DON’T based on whether or not they live up to your expectation of the ideal is hardly being genderless.

Taking a picture of an elderly woman living on the streets and calling her a DON’T is hardly ironic. It’s hardly funny either.

*For those unfamiliar with the term scenester, it can be loosely described as an individual who participates in the lifestyles surrounding certain subcultures. These subcultures are also known as scenes. When thinking scenester, think skinny jeans, ray bans, the indie music scene. I could go on and on.

By Fram Dinshaw Something somewhere just has to give now in Pakistan, after Benazir Bhutto’s assassination last December in Rawalpindi,…

I follow not only the American Primaries, but also coverage of, and debates surrounding the primaries, closely. Some may think…

Our graduate students reflect on learning journalism in 2022

Graduate students come to the UBC School of Journalism, Writing and Media to learn about journalism, telling stories, gathering facts…

Aromatherapy: the healing power of smell

It's not over until they say it's over

If feminists get criticism for anything, it’s that they should just get over it. They can vote. They can own…