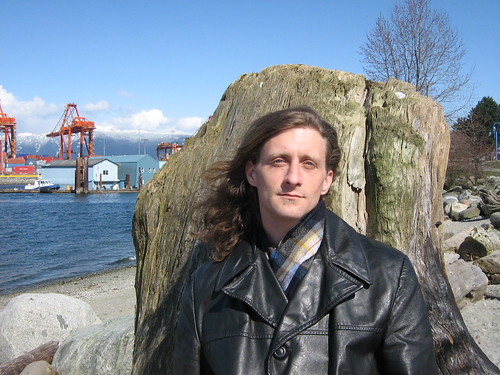 Robert Weppler almost lost his life to heroin and alcohol addiction. As a former addict, he moved to Vancouver from his native Ontario because of the city’s reputation for cheap and easily accessible drugs. “The purity is up and the cost is down. In Vancouver, 100 milligrams of heroin costs $10 as opposed to $50 in Toronto”.

I had a needle in my arm within 20 minutes” he said.

“I came to Vancouver to die.”

He credits the program with helping him beat his heroin addiction through its counseling and recovery services.

He remembers watching Insite’s medical staff save his buddy from dying of a heroin overdose. “They talked to him and tried to reach him. When he didn’t respond, they injected him with Naloxone, and he came out of it.”

Since it’s introduction in 2003, Insite, Vancouver Coastal Health’s flagship facility has worked to reduce the spread of HIV infection and the overdose death rate by needle drug use on the Downtown Eastside.

Insite has been a contested space since it opened its doors. Some groups believe that a facility like Insite is actually contributing to the drug abuse problems on the DTES.

“People erroneously think that by supplying needles we are supporting drug use. That’s not the case,” said Insite/Onsite co-ordinator, Sarah Evans.

“We are keeping people alive and stopping the spread of disease,” she said.

Evans believes that, contrary to popular opinion, it is not possible to eradicate needle drug use. She sees its rampant effects everyday. She said Insite is not itself conducive to an already existent drug epidemic, but rather is a health care facility servicing the needs of the community.

Insite is under threat of closure as part of a legal, political, and for some, moral debate.

It currently operates under the Section 56 exemption of the Controlled Drugs and Substances Act, which stipulates:

“The [Health] Minister may, on such terms and conditions as the Minister deems necessary, exempt any person or class of persons or any controlled substance or precursor or any class thereof from the application of all or any of the provisions of this Act or the regulations if, in the opinion of the Minister, the exemption is necessary for a medical or scientific purpose or is otherwise in the public interest.”

This key exemption provides Insite with immunity from prosecution for allowing controlled substances like heroin on the premises because it serves the public interest.

“The threat is that they’re going to remove that exemption,” said Evans.

Senator Larry Campbell is a staunch advocate of Insite, and recently told the Province newspaper that if Insite was threatened with closure, he would “physically block the door.” 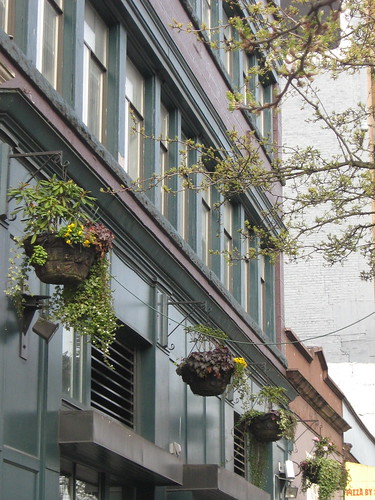 What many opponents of harm reduction don’t fully grasp is that the rate of injection drug use itself would not be altered by the closure of a harm reduction facility. It is the rate of the spread of disease that would be increased, as drug use is already pervasive within the DTES community.

Another misconception about Insite is that it serves only as a safe place to inject drugs.
Insite is like a branch on a tree composed of the safe-injection site; Onsite, the detox/recovery component, and The Portland Hotel Society, which provides housing to DTES residents who are drug addicted and mentally ill.

Most shelters require that a user be drug free. This stipulation alienates a large portion of the community on the DTES from access to housing and counseling options.

Onsite recovery and the Portland Hotel Society open their doors to anyone who is addicted to drugs and offers a safe place to commence therapy in an open and non-judgmental environment.

“Some people have come through [recovery] several times, and we will keep welcoming them back,” said Evans. “It usually takes a few tries to beat addiction,” she added.

Insite is the grand central station of the DTES.

Inside, an aid worker answers the phones and the door as the security buzzer rings constantly.

“We [are] providing support, building bridges to other services, making them accessible to the community,” said Evans. “Some people come for a safe place to use, and some come in search of counseling and recovery assistance.”
The sheer number of people who stream through is a testimony to the magnitude of the need for the facility.

“We get 800 visits a day and go through a over million needles a year,” said Evans, who has worked in advocacy services in the Downtown Eastside for 15 years.

“We’ve been full since the start (2003), and [we] see people move from active addiction to detox [and] into recovery programs.”

At Insite, a young woman enters, clearly distraught. Her hair is disheveled, eye makeup streaked and her boots are unzipped, flapping open at the knees.

She paces frantically, choking back tears and wiping her face with her fists.

The Insite receptionist speaks soothingly to her. He will likely let her “jump the queue”, she is clearly having withdrawal pains.

Weppler remembers the feeling all to well.

“The raw essence of physical withdrawal…[is] you feel like you’re being beaten with steel bars,” said Weppler, who had previously tried unsuccessfully to survive withdrawal pains on his own.

Weppler was stabilized on 40 milligrams of methadone per day. Methadone is used as medical substitute for injection drug users to prevent the physical pain of withdrawal, and is an integral component of recovery.

As part of his treatment, he moved into Onsite recovery; the detox service provided through the Portland Hotel Society.

He’s now ready to move to the next stage of treatment- a lengthy stay at a recovery maintenance centre in Maple Ridge. This transition will be a pivotal step in the process. It will take him out of the Downtown Eastside.

“It’s a really big to move to recovery,” said Evans, “it’s a ladder out of our program and into maintenance.”

Weppler’s slide into the dark abyss of addiction was instigated by a series of personal tragedies and losses.

Weppler had inherited money and wise investments had made him wealthy. He had a long-term relationship with his girlfriend. They had just bought a house and were expecting a baby. Then she had a miscarriage, and they split up shortly after.

The loss of his girlfriend and baby compounded with the death of his father caused Weppler excruciating emotional pain, and he turned to alcohol to ease that pain.

With his drinking out of control and “blackouts” getting longer, Weppler switched painkillers. “I started heroin to stop drinking. I knew I would become addicted. Heroin is the ultimate painkiller,” said Weppler, who was president of VANDU in 2002.

Weppler estimates that he spent $150,000 on drugs over the years he was actively using.
He lost all his money to addiction over a 10-year period, but he has regained hope and dignity during his recovery treatment at Onsite.

Dr. Gabor Mate, Insite’s resident physician, sees the effects of addiction everday, and argued at a recent public forum at St. Andrews church that it’s not the addiction itself that is the root of the problem. Rather, he said the drug addiction masks deep emotional pain.

“We must have compassion for other people’s pain,” he said.

Mate reported that during his work with drug-addicted women from the Downtown Eastside, he never encountered one who hadn’t been sexually abused.

Mate doesn’t believe there is a war on drugs.

“There’s a war on drug addicts” he said.

Weppler believes anyone can become addicted to drugs. He said that drug addicts are blamed for their addictions, and “carry society’s stigmas.”

The fate of a unique east Vancouver outdoor food stall, whose owner hoped to provide organic food to low-income people…

A graffiti cleanup initiative by West Fourth’s business association in Vancouver was yielding positive results. Then one bad apple started…