With the highest concentration of artists per capita in Canada, Vancouver is full of talented people with high hopes of finding success. Through hard work, risk-taking and the constant search for opportunities, it’s possible to find both that success and a home for their art in the city no matter how common or strange the craft.

Three performers from three very different worlds share their stories about what performance in Vancouver means to them. 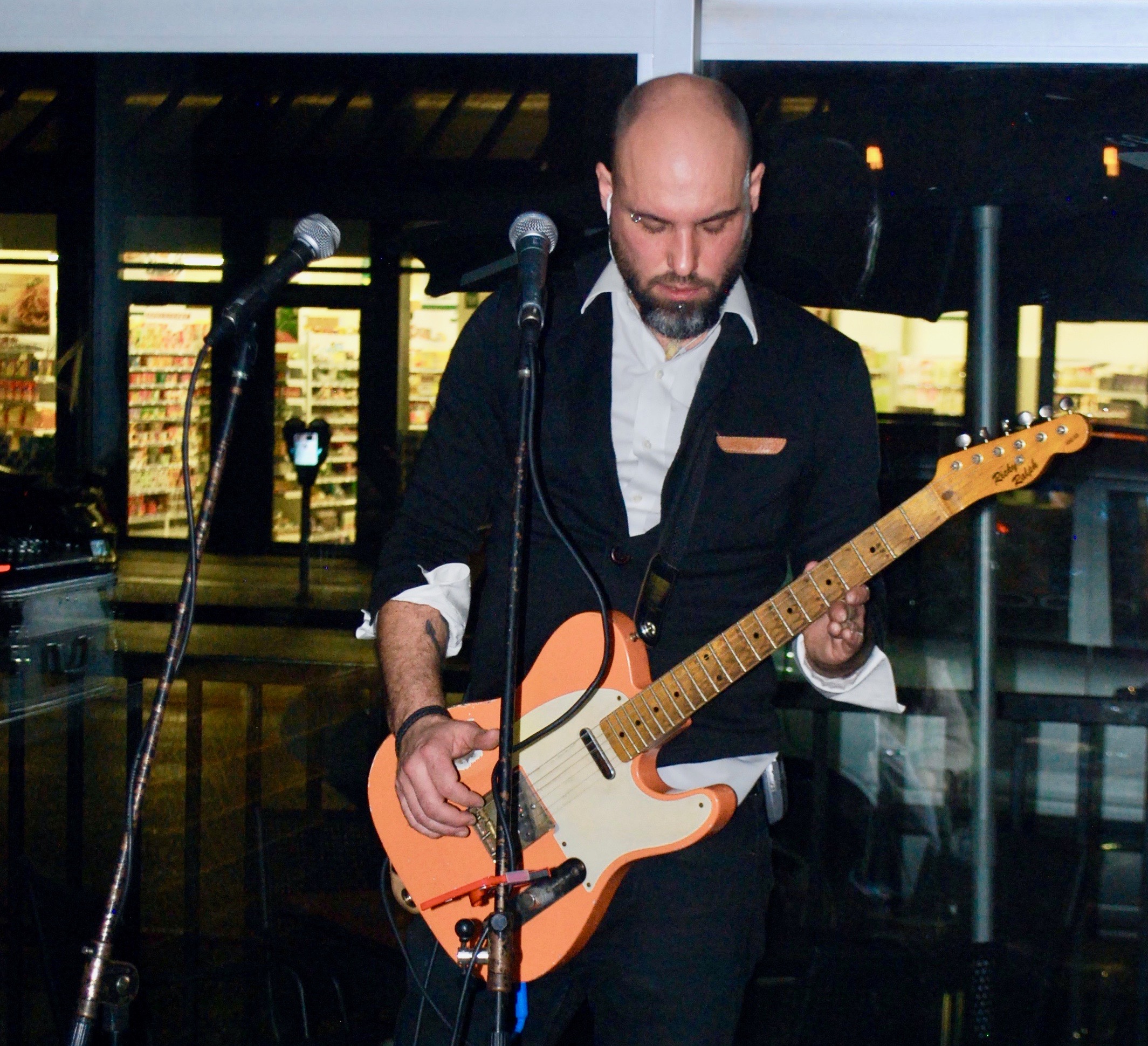 Ari Neufeld discovered he wanted to be a guitarist while on a trip to the Amazon when he was 13. When he was eight, he had become part of a group of missionary kids who sang and choreographed dances to church songs. The trip to the Amazon was Neufeld’s first solo trip without his parents as part of this group.

“I saw these Brazilian guys pick up a guitar and get a hundred people singing with that one guitar,” he says. “I was like, ‘This is what I wanna do.’ So that year I learned guitar, and then when I was 14, I wrote my first song for my cousin’s wedding.”

Neufeld’s relationship with music flourished as he continually got more excited about figuring it out himself. He had attempted to learn to read sheet music through the Royal Conservatory of Music, but, despite all his deliberation, could not figure it out.

“I experience music as this beautiful flowing landscape,” he says. “As something that’s moving and filling up your senses with something bigger than a structure you can define.”

A true fan of raw talent, Neufeld is most attracted to music created by musicians who have taught themselves and created without the confinement of rules. These musicians inspired him to create music that led him to many meaningful experiences.

About 10 years ago, while Neufeld was living in the Okanagan, he did a gig at a private wine event for a friend’s restaurant that had newly opened in Summerland. Neufeld’s friend invited him to play, and one of the people in the audience happened to be a tycoon from Austin, Texas. That man took Neufeld’s number after the show and ended up financing him for four years. Neufeld moved to Austin, where he tried to become a rock star for three years.

“The whole thing didn’t work out,” he admits. “But I did learn a lot about what the pop industry looks like from the inside. All the interviews I had when I was down there and all the auditions and the people that I met with who were trying to pigeonhole me had very specific interests in what I could do.”

Neufeld says these people had big issues with parts of who he was – like being a one-man band or crossing genres with his mixed sound. They didn’t want anything to do with folk music, which was where Neufeld’s heart was rooted. He believes that folk music is where people listen, and where there’s a story. Which is why he now finds himself back in Vancouver, performing his art the way he believes it should be heard.

“It kind of goes back to church, I guess, even though I’m not remotely involved anymore. My heart is to have a conversation or at least to feel a room and take that energy and create something great.”

Neufeld can be seen performing every Monday night at Black, a lounge on Abbott Street, from 8 p.m. to late. He also regularly announces upcoming shows through posts on his Instagram account, @arineufeld. 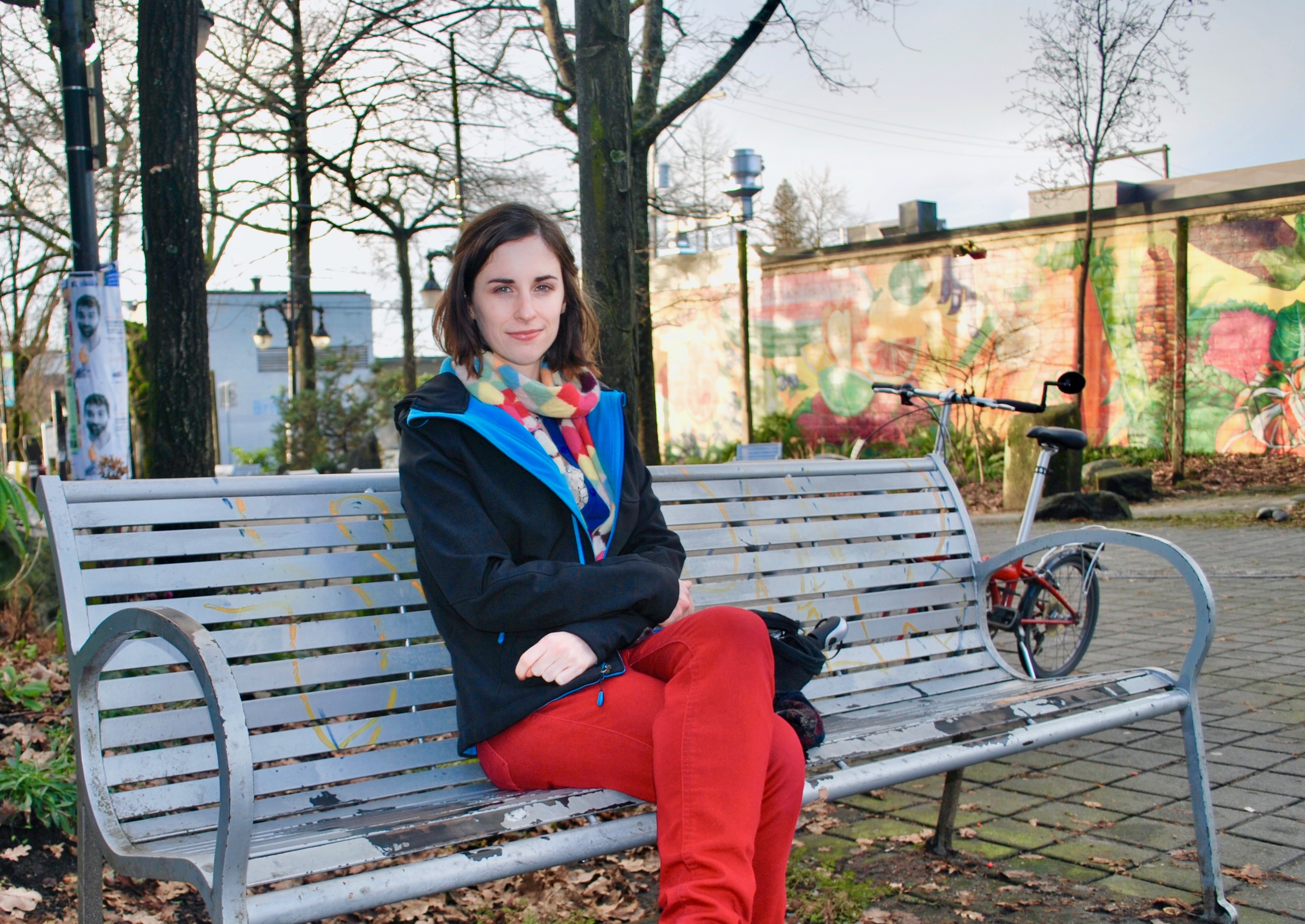 Christine Bissonnette started writing poetry when she was 10 years old, but has only been doing spoken word for about a year and a half. As a child, she read her poems out loud to her class because she was confident about them, but also because it terrified her.

“I just liked doing things that scared me then,” she says.

When she first got to Vancouver, Bissonnette started a blog called The Positivity Project. The project aimed to track a journey towards growth by acknowledging both who she was and who she would be as someone who was successful – even though she had no true definition of what success meant. She wanted to go through these changes using voice and see if she could capture what it would sound like as someone who was going through change in real time instead of retrospectively.

“I thought if I started to try and read my work out loud, maybe I could start to bridge the gap between my internal and external life,” she said.

A poem that helps bridge this gap for her is one of her favourites that she’s written, titled “Places I Return To Often.” It describes an experience Bissonnette had on a beach where she met a person with whom she had a short, but high-tension relationship with.

Bissonnette says she tried for years to understand what it meant – to have that kind of connection with someone whom you obsess about and can’t get out of your head. She wrote two short stories and an essay about it but still couldn’t quite capture the feeling in words. Eventually, she took all that writing and created “Places I Return To Often,” a poem about that relationship’s balance between love and obsession and what it means to turn somebody into a fantasy.

“When I finally got a chance to perform that poem,” she explains, “I just remember feeling my feet on the floor and I knew the poem so well. I was in that poem while I was performing it, and I could tell that everyone in the audience knew that I was in the poem. I’ve never had such an experience in feeling like everybody was just there with me for every second of the story.”

Writing that poem finally helped her get over the situation that she had been carrying for years, which was part of the motivation for writing the poem in the first place – to create an ending.

“I wanted to create something really beautiful about what had happened. I didn’t want to just forget it. It felt like something I needed to capture. Writing the poem was just like, okay, now it’s there. Now I’ll always have it, and now I can keep going. Now I can let it go.”

Bissonnette performs most Monday nights at the Vancouver Poetry Slam at Café Deux Soleils on Commercial Drive. Upcoming live performance dates can also be found on her website, http://9creativelives.com/live/ 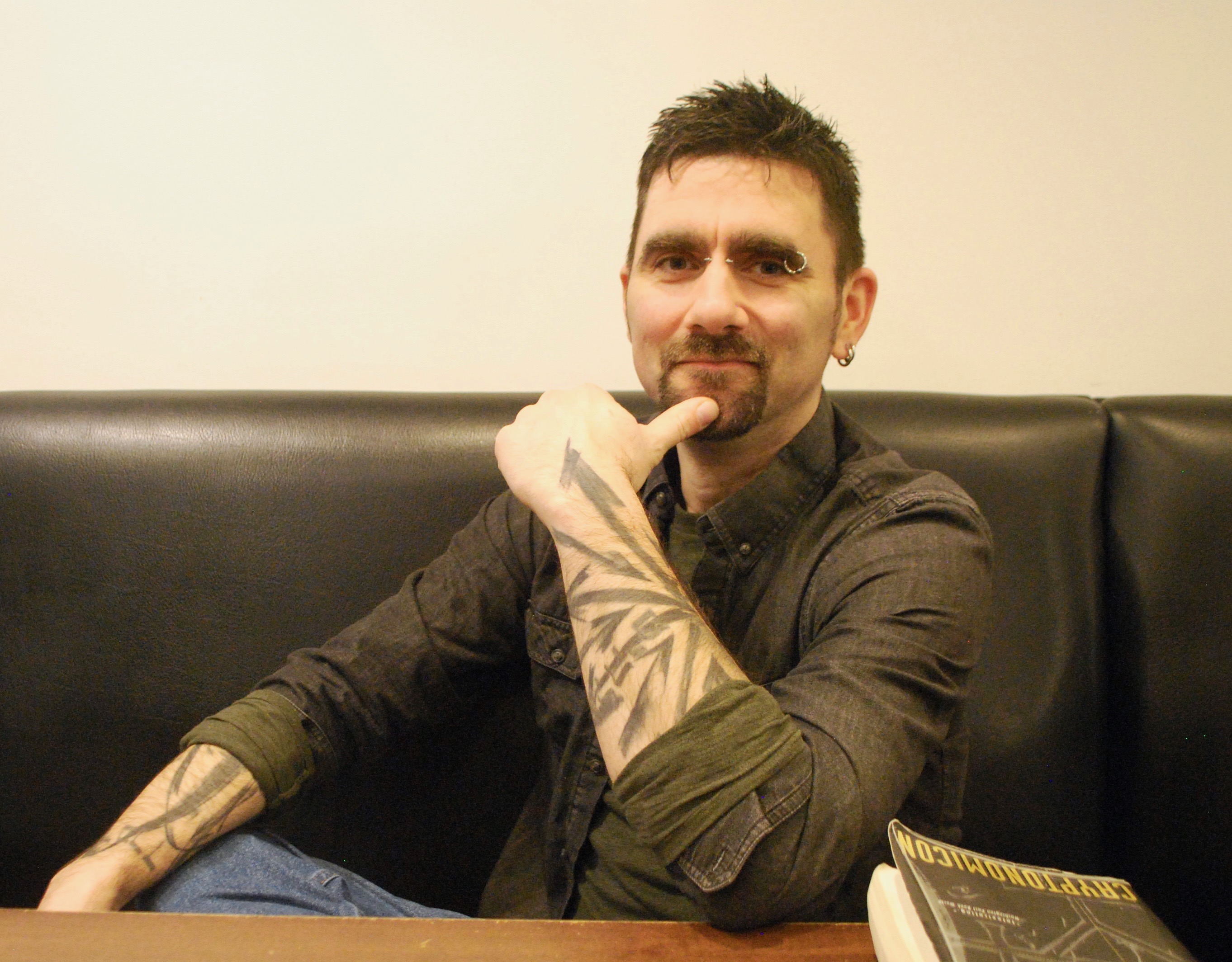 “The attempt that I made was to break the Guinness world record for distance travelled on a unicycle while juggling three objects,” Vinny Vipond says, who went with the standard juggling balls when he successfully achieved a new record last September. “The previous record was 6.4 kilometres and I hit 6.529.”

Vipond, who has always loved performing, learned how to ride a unicycle after spending a few years volunteering at the Vancouver International Children’s Festival. The festival had a circus tent and he wanted to be put there since he already knew how to juggle. One of the local performers, Chris Murdoch, introduced him to an event that happens once a year in Vancouver called Madskillz. At Madskillz, people can get an introductory workshop on anything from aerials to spinning plates to, you guessed it, riding unicycles.

“I took a bunch of stuff that I didn’t have any experience with and when I took the unicycle intro, I was hooked. I was like, ‘This is bizarre and I suck at it and it’s so much fun!’,” he said.

A couple months later, Vipond bought his first unicycle and practiced two hours every day for 10 days until he could get up and ride it forward.

Vipond admits he constantly strives to think differently than everyone else. This goal comes from his belief that people feel the need to say the first thing that comes to their head and it’s almost always the same. Vipond constantly hears the same joke about how he is missing half his bicycle and says it gets old really fast. He currently strives to ignore the first thing that comes to his mind and, instead, think of something more original to say. His next goal is to come up with the perfect witty response to the ongoing unicycle jokes.

“I love goofing off and I love a crowd. You know, there’s nothing quite like doing something – either doing it well enough or doing it goofy enough to get people amused and watching it. That’s always been my thing.”

Whether through songwriting, spoken word poetry, or learning something bizarre to stand out — these three performers prove that there is a home for every kind of art in the city while continuing to bridge the gap between their internal and external selves.

“To speak the written voice kind of gives you the opportunity to use your voice in an entirely different way that is very personal and vulnerable,” Christine Bissonnette says. “But that is closer I think to the courageous aspect that you really are. Like the courage that you potentially hold.”

School rankings put to the test

‘Playful’ police get off lightly

Frank Ward has spent the better part of his life behind bars. He’s served 19 years of a life sentence…

During the short walk from Cambie Street to Carrall Street along West Hastings there are 24 plots, new developments and…