A team of  Vancouver tech innovators has developed a new controller that will help people with upper-body disabilities fly drones for the first time.

The model uses a mouth-operated controller to fly a drone, instead of the handheld controller consumers currently use.

The idea was inspired by Don Danbrook, a Vancouver-based real estate agent, who wanted to use drone shots of commercial properties for multimedia marketing. But due to his upper-body disability, Danbrook is unable to use his hands to operate a drone controller.

Danbrook brought his concerns to Chad Leaman, the director of innovations at the Neil Squire Society, a non-profit organization that has worked on disability research and innovation since 1984.

“I have been associated with Neil Squire and Chad for long now. They are always there to help,” said Danbrook.

Leaman proposed Danbrook’s request as a challenge at the Health & Regenerative Medicine Hackathon held at UBC in October 2019.

A team of five innovators, led by Shawn He, came up with a solution within two weeks. The team developed a model that connects a drone’s controller to LipSync, a mouth-operated cursor device that researchers at Neil Squire had previously created.

The team’s experimental model allows a person without use of hands to operate a regular drone that performs pitch, roll, and yaw motions seamlessly. 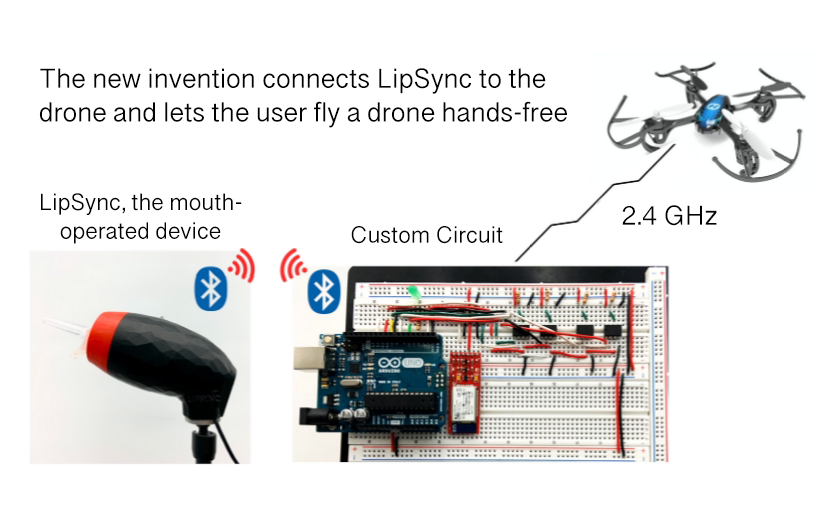 When Danbrook was invited to test the device, he was able to fly a drone with ease. The model was presented to the judges at the hackathon and it came in first place .

“The task was challenging but when [Danbrook] flew the drone for the first time and praised our work, we were really happy,” He said.

A handful of undergraduate engineering students are now working on refining the prototype for commercialization. Josh Jessup and Josh French are leading this group under UBC Enable, a student team that works on technological advances for people with disabilities.

“My dad is on a wheelchair, so I can understand how difficult it can be for people in such situations to continue doing day-to-day things that we take for granted,” said Jessup.

Apart from minimizing the cost, the team wants to set up a strong control system that would help mitigate the effects of harsh weather on the device.

Having worked on multiple projects for people with disabilities in the past, now they are all set to work with Leaman and Danbrook to make the project a commercial success.

— By Shanshan Lu — In recent years, more and more high-tech multinational companies have chosen to come to Canada,…

— By Shanshan Lu — Software giant Microsoft has become the latest of the U.S. high-tech multinationals to open up…