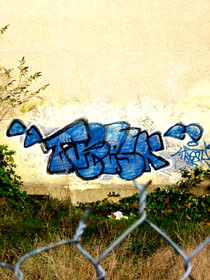 Businesses in Kitsilano have called on police to take action against petty criminals who have been responsible for break-ins, thefts, and vandalism.

A local restaurant manager, who did not wish to be named, described how homeless people and drunks banged on her windows, tried to pick fights, and intimidated her patrons.

The restaurateur noticed the problem worsening over the last 18 months. “It takes them forever to get here,” she said of the police, and said miscreants should be taken to the drunk tank instead of being dumped on the street.

Business owners say that many offenders come from the Downtown Eastside, an area with severe poverty, drug addiction, and a high theft rate. They said that as police cracked down in the Eastside, criminals simply moved elsewhere, including to the upmarket Kitsilano neighbourhood.

Cheryl Easton, manager of the Kitsilano Business Association, said, “what is upsetting is the little buggers who are doing this.”

What the figures say 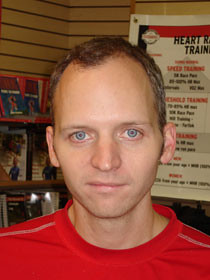 “Something needs to be done,” said Easton. She wanted more police foot patrols in Kitsilano, saying, “we love the idea of the beat cops (…) it makes businesses feel more secure.” However, she did acknowledge that police often had other crimes to deal with, such as gang violence.

Noah Wallace, manager of the Running Room store on Alma Street believed the police could do more. He said that while Kitsilano was generally safe, there was an ongoing issue with rowdy street drunks, graffiti artists, and vandals smashing windows.

Police maintained that any community can have people who are drawn to anti-social behaviour, and they respond to cases as they happen. Constable Tim Fanning did admit there were no longer any police foot or bicycle patrols in Kitsilano except for the beaches at summertime.

Fanning said officers used squad cars instead of foot patrols due to Kitsilano’s large size. Police are trying to reduce their response time from an 11 to 13 minute average down to seven minutes.

Fanning did admit Kitsilano had a high theft rate, calling it “the biggest problem down in Kitsilano right now.” He said that most of the graffiti was carried out by youths aged 15 to 22, with the area around Broadway being worst affected.

Aging BC Hydro infrastructure will cost billions to repair

By Matthew Robinson and Tyler Harbottle BC Hydro’s plan to renew its aging hydroelectric infrastructure will cost billions of dollars,…

Bike-sharing riders in Vancouver will be confined to the city’s existing system of docked-only bikes for the foreseeable future.

“We’ve lost so many venues in this town the last 10 years,” says sound engineer Nick Tyzio