Is Kitsilano generally a safe part of town?

Yes it is. Violent crimes such as murder, robbery, or rape aren’t very common. Compared to other areas such as the Downtown East Side, Kitsilano is a very peaceful area of Vancouver, with many good bars, restaurants, clubs, and beaches that can be enjoyed without fear of crime. It’s a very popular place to live and work.

What are the main crimes affecting Kitsilano? 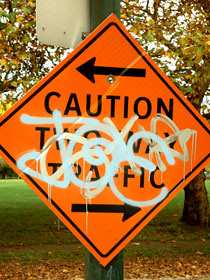 The main crimes affecting residents and businesses in Kitsilano are break and enter crimes, property theft, shoplifting, and graffiti. Organized crime and gang-related violence are extremely rare, according to Constable Tim Fanning.

What precautions should residents and visitors take in Kitsilano?

Cars and bikes should, if possible, be stored in a garage. Vehicles should be parked in a well-lit area, and doors should be locked. Bikes on the street must be secured with a strong anti-theft lock. Valuables should not be left in vehicles. At night, steer clear of aggressive drunks and panhandlers. Know beforehand where you want to go and how to get there. As in any big city neighbourhood, it’s always best to travel in groups or with at least one other person.

How can business owners prevent crime?

The Vancouver Police recommend that shops and restaurants should have alarm systems installed, with the premises kept under constant surveillance (e.g. with security cameras). Any trees should be kept trimmed and ladders locked away to prevent thieves gaining access. Everywhere, especially the backs and sides of buildings, should be well-lit at night. The premises, including the building, car parks, sidewalks, and any gardens should be well-maintained. A shabby building attracts criminals.

Giving a boost: how top-level gamers are selling their skills online

Kitsilano needs more social housing, and city council is changing zoning bylaws to make it happen. In a unanimous decision,…