If you want to understand why Microsoft is about to open a 700-employee software development centre in Richmond, B.C., it helps to talk with Steve Ha. 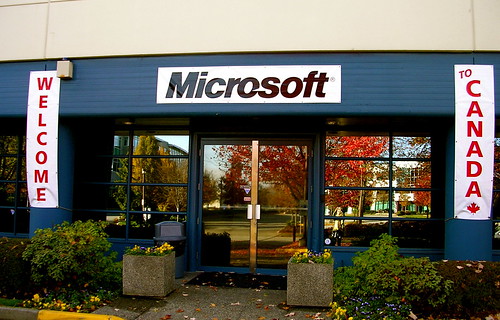 But under the current visa system, “it’s impossible to bring Koreans into the U.S. now, so we decided to set-up an office in Richmond,” explained Ha.

“It’s difficult for Koreans to obtain a green-card even after five or six years of work in the U.S. and we heard that it’s much easier to get them into Canada for work,” Ha said.

“I’ve heard of other firms here gearing up to open offices in Richmond or Vancouver because of the U.S. visa problems.”

These firms are following the lead of the biggest software developer of all.

Across the border, however, some point out that Microsoft and other companies are using the Richmond centre to hire foreign workers they can’t otherwise for their U.S. operations. Others believe it’s a tactic to pressure the U.S. government to remove its cap on foreign worker visas.

In fact, Microsoft has admitted that it decided to open the Richmond centre in part because it couldn’t hire enough foreign workers for their U.S. facilities.

Microsoft and other tech industries in the U.S. hire foreign workers through the H-1B visa. Originally, these visas were established to attract skilled professionals to come to the U.S., work for five to six years and apply for citizenship.

However, in 2006, about three quarters of these visas were taken by Indian outsourcing firms such as Infosys.

These firms send Indian workers to U.S. firms for two to four year terms in order to study their operations and then outsource the work back to India-based companies.

This discovery led to a U.S. Senate investigation into allegations that Microsoft and other companies were using these visas to outsource U.S. jobs overseas, contrary to its mandate to attract skilled immigrants. In response, Microsoft and others argued that current immigration policies were antiquated and did not meet the needs of globalized economies.

“Microsoft, like many big U.S. high tech employers, was keen to push the recently failed U.S. immigration reform bill which upped the quotas for skilled migrants,” explained Mark Ellis, Professor of Geography at the University of Washington.

Ellis surmised whether the timing of Microsoft’s July announcement, so close at the heel of the failed U.S. immigration bill in June, might have been intended to signal that Microsoft would offshore its operations to Canada if it doesn’t get its way on immigration reform.

Canada is welcoming these U.S. companies looking for more accommodating immigration policies. The country has a shortage of highly skilled workers. Earlier this spring, British Columbia reported a record low unemployment rate of four per cent and predicted a shortfall of 350,000 workers in key fields. 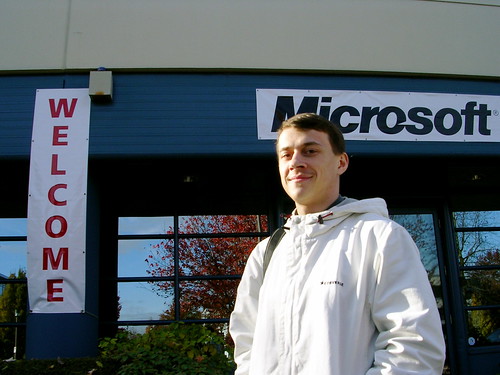 Canada has no caps on all classes of foreign worker visas. Last November, the Canadian government launched the Advantage Canada Plan under which three federal government ministries of Citizenship and Immigration, Human Resources and Service Canada recently began measures to improve its Temporary Foreign Worker Program.

“The Temporary Foreign Worker Program requires businesses to look for Canadian hires first and file a labour market opinion that there is a need for foreign workers,“ explains Lois Reimer of Citizenship and Immigration Canada. “Essentially it is a supply and demand issue.”

That market analysis process was relaxed for Microsoft. As reported earlier in last month’s Vancouver Sun article, Sharif Khan, vice-president of human resources at Microsoft Canada, stated that Microsoft enjoyed an expedited process of only two weeks to obtain their visas.

But Steve Ha’s firm has not enjoyed that privilege. TecAce has set-up a “virtual office” in Richmond, as he waits the six month long process to hire foreign workers from Korea. “Our branch is only a virtual-office for now because the process [in Canada] is much more complicated and time-consuming than we expected.”

For decades, the Princeton was the lone pub in the shadow of East Vancouver’s towering port warehouses. But a spontaneous…

Early one morning in 2009, the Texas Department of Public Safety’s SWAT team approached the home of an Austin man…