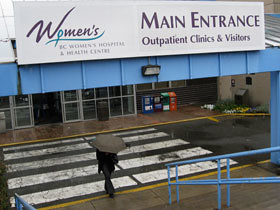 Thirty per cent of B.C.’s obstetricians are expected to retire in the next five years, says a national medical association spokesperson.

Nancy Bickford, a representative of the Society of Obstetricians and Gynaecologists of Canada, said she is concerned. “You don’t want to take maternity care for granted.”

The latest figures indicate that more than one third of obstetricians in the province were over the age of 55 as of 2004. More recent data are expected next month from the 2007 national physician survey.

Making the situation worse is the fact that women in B.C. are more reliant on obstetricians than they were 10 to 15 years ago because family doctors are delivering babies less, said Bickford. National statistics show that 80 per cent of all births in Canada are attended by obstetricians.

Despite the limited risk for most women, family doctors are often disinterested in being in the delivery room because of the long irregular hours and the high malpractice insurance charged to doctors who assist in pregnancy, said Bickford.

The B.C. Ministry of Health has tried to address the problem by providing financial incentives, including a one-time $10,000 bonus for family doctors who provided maternity care for patients in 2006 and 2007. But even that hasn’t been enough.

Medical schools are trying to keep up with the growing demand by increasing space for students of obstetrics and gynaecology. The University of British Columbia’s medical school has almost doubled the number of spaces over the past seven years to eight from five. That may seem like a lot but UBC is the only medical school that graduates obstetricians in the province. 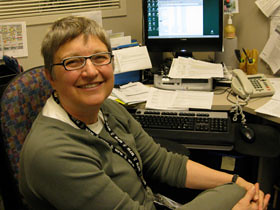 On top of the retirement boom, incoming obstetrical students tend to be women who traditionally work fewer hours than their male counterparts, according to Dr. Nancy Kent, director of UBC’s obstetrics and gynaecology residency program.

“We’re bringing in a new breed who aren’t going to work an 80- to 100-hour week,” she said. “It takes more than one female graduate to replace the single male.”

She said the medical school is trying to attract more male students by countering a perception that they aren’t as welcome in the field as female obstetricians.

“The profession as a whole would love to see more male medical students applying,” said Kent.

Women experiencing the maternity care shortage first tend to live in rural areas of the province because most obstetricians prefer to practice in major cities or urban centres.

The shortage isn’t just affecting B.C. “This is a national problem,” said Dr. Michael Jong, president of the Society of Rural Physicians of Canada. “To address this problem you need a national strategy.”

The Society of Obstetricians and Gynaecologists is promoting a national birthing initiative to improve maternity care in Canada. The strategy is to increase the number of nurses and midwives working with family doctors and obstetricians, said Bickford.

Grzybowski agrees that the province needs to focus on training more nurses, and especially more midwives to share the load with family doctors and specialists.

“Midwifery is our hope for the future,” he said.

Painting a clearer picture of living on disability assistance in B.C.

A Vancouver Island-based artist is raising awareness about disability assistance in B.C. through a portrait and interview series.

An unprecedented level of noise in one University of B.C. hotspot has students complaining that their sleep and studies are…

Being LGBTQ+ South Asian posits many trials and tribulations spanning from racism, discrimination and conflicts with family and society at large.