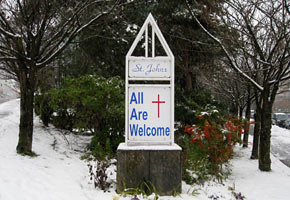 An Iranian man has been given refuge in Canada on compassionate grounds, but others continue to be sent back to Iran to face an uncertain future.

Ali Monemi, 31, was granted permission to stay in November after claiming sanctuary for 18 months in a North Vancouver church to avoid deportation to Iran.

His fight to stay in Canada started in 2000, when he fled Iran after being given 60 lashes. He is now free to live with his family in North Vancouver.

But since Monemi’s arrival in 2000, Canada has rejected 962 other refugee applications from Iran.

At the same time, Canada has vocally criticized Iran for its human rights record. Since the murder of Canadian-Iranian journalist Zahra Kazemi by Iranian officials in 2003, Canada has annually sponsored a UN censure of Iran for its poor record.

Problems in the system

Groups such as No One is Illegal and the International Federation of Iranian Refugees have called for an end to deportations to Iran, and reform to the refugee system.

Harsha Walia, of No One is Illegal Vancouver, said the system is “deeply flawed.”

She said the system is basically a lottery, with some officers granting refugee status often while others do so rarely.

“It’s basically luck of the draw, it has nothing to do with the merits of your case.”

Walia is also critical of the appeal process.

“There’s a general mythology that many Canadians have that refugees have an unlimited amount of appeals but the reality is there is no merit-based appeals.”

Currently, if a claim is denied the applicant has three options. They can get a judicial review, which covers legal errors in the initial case; get a pre-removal risk assessment, which considers new evidence or changed circumstances; or appeal on humanitarian and compassionate grounds.

The 2002 Immigration and Refugee Protection Act included a Refugee Appeal Division, which would have allowed a second opinion of the initial evidence, but that part of the act was not implemented because the refugee system is already overloaded and backlogged.

In that same Act, the number of officers judging a case was reduced from two to one. That officer must determine the credibility of the applicant. People have been denied refugee status because the officer did not find their marriage genuine and because someone’s conversion to Christianity was not convincing.

Tammy Sadeghi, of the International Federation of Iranian Refugees, said the process is difficult and intimidating for applicants, many of whom don’t speak English.

“They have a fear from police and government authority, many of them can’t defend them self…[the officers] ask so many stupid details such as what time you left your home when the government agent came after you. If you say 8:00 but it’s 8:30 then you are lying.”

Along with the process, Walia sees the need to look at how people think of refugees.

“The definition of a refugee hasn’t changed since 1951 and it looks at the really traditional terrain of war.”

But Melissa Anderson, senior communications adviser for the Immigration and Refugee Board, sees progress.

“Canada has been a real leader in interpreting the convention.”

Anderson said that the terms of the convention are fairly vague, but that Canada has been a pioneer in adapting it towards refugees from sexual and ethnic discrimination.

A refugee is defined by international law and includes someone who will be subject to persecution in their home country for their race, religion, nationality, political opinion or membership in a particular social group. Someone can also be granted refugee status if they will be subject to torture, death, or cruel and unusual treatment upon returning home. 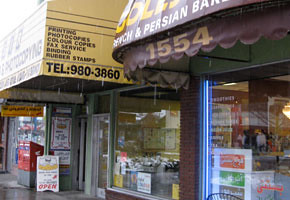 Anderson also pointed out in an email that the approval rate for Iranian refugees is at 73 per cent so far this year, compared with a 46-per-cent average for all nations. Since 2000 Canada has accepted 2,415 refugee claims from Iran.

Nassreen Filsoof, President of the Canadian Iranian Foundation, said that “most people easily get status,” but that there are “always a few odd ones who do not.”

Filsoof said being allowed to stay in Canada is only part of the challenge, because “everything is different here, everything.”

Ali Monemi knows his challenges are not over. Right now he is trying to get a work visa and find a job. But he can sleep at night knowing he won’t be forced to return to Iran.

Mexico has long been known for its sun-soaked beaches, but increasing drug violence is changing that image. No one knows…