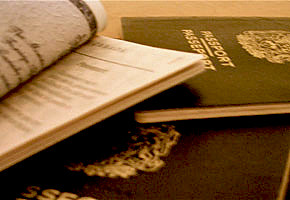 BC residents are feeling less safe and facing more discrimination, says the first study on racial profiling in the province.

The study, which will be released in full in early 2008, was conducted by the MARU Society and the UBC Faculty of Law.

Funded by the Law Foundation of British Columbia and Research on Immigration and Integration in the Metropolis (RIIM), the study is based on extensive interviews with 40 participants. It will reveal key findings on the changing nature of racial profiling in a post 9/11 security environment.

“After 9/11 it was obvious that certain communities would be targeted under the new security agenda. I kept hearing informal stories from the community that racial profiling was taking place at ports of entry,” said Vancouver lawyer Zool Suleman, who was a key researcher of the study.

Racial profiling is commonly defined as a practice that targets certain individuals and communities for investigation based on stereotypes about race or ethnicity.

The study found that in the post 9/11 world, the lens through which individuals are judged as security risks, is often coloured by complex notions of ethnicity, religion and place of origin. This blending of factors make this study distinct from previous Canadian studies on racial profiling such as the 2005 study by the Kingston, Ont. police, which focused on systemic discriminatory treatment of African-Canadians, Aboriginals and other visible minorities by the police. 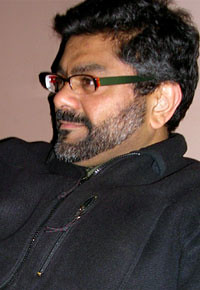 the airports, the borders and the mosques.

“It’s both systemic and random. It’s systemic discrimination and people are hit randomly based on how they’re perceived. These are powers that can destroy people’s lives. We saw that with Maher Arar. It’s outright racism.”

This study has personal resonance for Suleman, whose family was expelled from Uganda in the 1970’s when then-President Idi Amin decided Asians had no place in black Uganda. Suleman relived these feelings of alienation on the morning of September 11, 2001. As he watched the second World Trade tower come down on TV at his neighbourhood coffee haunt, he felt eyes turning towards him in hostility.

“These are individuals who know me, who see me in the coffee bar for several years. All of a sudden, there was this feeling of being separate, being alienated from them. I’m a South Asian man with a beard. I was raised as a Muslim. And I began to realize that it was not the place for me to be…and that started to scare me.”

The study recognized these feelings of fear and alienation in its participants. And so one aim of the study is to empower individuals affected by racial profiling by relaying their experiences to the Canadian Border Services Agency (CBSA) and other security agencies in the form of a public document.

The most troubling consequence of racial profiling for Suleman and Catherine Dauvergne, law professor at UBC and co-researcher of the project, was that individuals and communities were engaging in self-censorship.

“In interviews with CSIS and other security agencies, participants were asked: Where are your sons today? When you go to the mosque, who do you speak to? Who do you know at the mosque?” Suleman said many participants felt very frightened at such lines 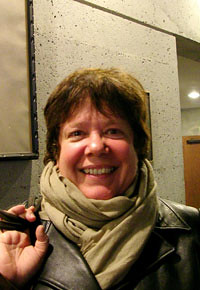 Davies said that such targeted investigations create a climate of fear.

“And the worst thing about that environment is self-censorship. The government doesn’t have to do anything, because we impose it on ourselves. Minorities feel incredibly at risk that they’ll start to act in different ways because they feel so vulnerable to attack.”

She added that claims surrounding the need for improved intelligence gathering in a post 9/11 world should not be enough to supercede basic human rights.

“Of course security is necessary, but these agencies have a responsibility to be accountable and to demonstrate that what they do is the bare minimum needed to get the job done.”

The CBSA has attempted to address such concerns regarding transparency and cultural awareness in their Fairness Initiative program, which was launched two years ago.

Suleman was critical of these efforts, “I think that the CBSA should be much more transparent…RCMP and CSIS need to be similarly transparent in how they reach out to these communities, so that they don’t feel like they’re targets of a study but rather that they’re part of a community. And that they’re contributing to make Canada more safe.”

Related: Shahid Mahmood: In his own words

By Ian Bickis An Iranian man has been given refuge in Canada on compassionate grounds, but others continue to be…

The federal government offers many services to help immigrants and refugees adapt to life in Canada. But those services are…

With just a few weeks to go until the May 12 provincial election, Premier Gordon Campbell and the BC Liberals…