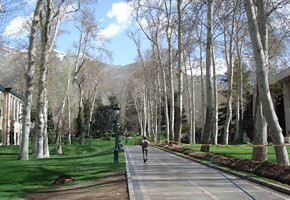 If you’ve ever travelled to Tehran, Iran’s capital, you will notice the snow-capped Alborz mountains just north of the city, with its tidy villas, tree-lined streets, and large, well kept parks. This is why many Iranians have chosen Vancouver to start a new life, as the Coast Mountains dwarfing Vancouver’s high-rises and spacious avenues remind them of the land of their birth.

The Discover Vancouver website says that Iranians have made their home in Vancouver since the 1950s, but mass immigration only started after 1979, when the Shah (king) of Iran was toppled and Ayatollah Ruhollah Khomeini’s regime swept to power during the Islamic Revolution.

After that came the eight year Iran – Iraq War. The resulting hardship saw many Iranians emigrate.

Since 2002, the Iranian population in Vancouver has tripled. Iranians come to seek a new life in what community leader Behshad Hastibakhsh describes as a “Promised Land.” 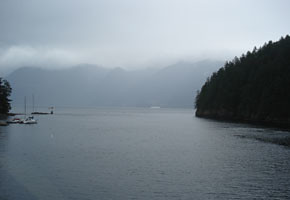 Today, North Vancouver has many Persian restaurants and Farsi shop signs, with Iranian institutions like the recently-opened Deh Khoda School (named after a Persian philosopher) allowing children to study Farsi and Persian history.

The Iranian community is well established. It has its own media, with the Farsi language Shahrvand e Vancouver (Citizens of Vancouver) being the main newspaper.

Not all Iranians living in Vancouver are Muslim. Many with secular values came here to escape religious fundamentalism in Iran. Other Iranians follow the Zoroastrian, Christian, Baha’i, or Jewish faiths. No matter what faith they have, all Iranians have cultural festivals in common, such as Norouz – the Persian New Year that falls on March 21 – and Yalda, the winter solstice festival celebrated on December 21.

By Ian Bickis An Iranian man has been given refuge in Canada on compassionate grounds, but others continue to be…