Unsuccessful refugee applicants have no official appeal option in Canada, a controversial issue that has been on the agenda of the non-profit organization, the Canadian Council for Refugees.

While a level of appeal was finally entered into the legislature five years ago, it was never put into effect. The Council is now backing a private member’s bill calling for the realization of the Refugee Appeal Division (RAD), which is now going through second reading at the Senate. 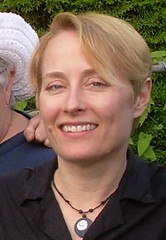 Patricia MacDiarmid, a volunteer at Vancouver’s Rainbow Refugee Committee, believes the government’s decision not to adopt the RAD was political.

“If you look at the Immigration Refugee Protection Act (IRPA), there are provisions there for RAD, but those have never been implemented and the government has been saying, in fact, that they have no intention of implementing those provisions,” she said.

In June 2002, immigration ministers said they would put those provisions into practice within a year. But time was needed because setting up the tribunal was expensive.

“It was kind of a trade-off because the old system allowed that claimants could have a panel of two members sitting on a case, which would mean you’d only need one person to approve your claim,” said Vancouver-based lawyer Rob Hughes.

“Then we went from the two member panels to single member panels, which was saving money and would have allowed them to introduce a second level of appeal.”

The only process open to rejected claimants looking to appeal is a judicial review. But claimants don’t have a right to judicial review, meaning the Federal Court won’t necessarily hear a case refusal. Instead, a denied refugee claimant must apply for permission in the form of a leave application. According to Hughes, about nine of every ten leave applications are rejected.

“It effectively means most people don’t even get a full hearing and opportunity to present a full case if they’ve been refused. The only other safety net, if you like, for refused refugee claimants is the pre-removal risk assessment (PRRA) done by the Canada Border Services Agency,” he said.

The PRRA is a review of a claimant’s level of risk if forced to return to a home country. A person applying for it must present new evidence that was not presented at the initial Immigration and Refugee Board hearing.

A final option open to claimants is a permanent residence application on “humanitarian and compassionate grounds,” which do not effect the execution of removal orders, and can take years to process and are rarely approved.

Rick Goldman, a spokesperson for Montreal’s Lives on Hold Coalition, said in a press release there were grave inconsistencies in the results of those applications.

“In two similar cases, one is refused and the other accepted. The so-called ‘humanitarian’ solution is seriously lacking in humanity.”

“In fact, we don’t even choose our work in a sense. We do no decision-making except for that which is referred to us by the Canada Border Services Agency. Once we make a decision, we have no control or influence or what have you over whatever happens with that decision. We’re not even involved in the court actions of our own decisions.”

According to the Citizenship and Immigration Canada website, RAD will lead to increased costs and a delay in tribunal processing times, ultimately also affecting claims made by “genuine refugees.”

The website says current IRB practice ensures “getting the decision right at the first level, with highly qualified and well-trained decision makers, an independent tribunal with extensive research capacity, including up-to-date and comprehensive information on conditions in countries of origin.”

Mexico has long been known for its sun-soaked beaches, but increasing drug violence is changing that image. No one knows…

Shahid Mahmood: In his own words

The for-sale sign in front of the house was the symbol Andy Chang had been waiting for. He and his…